All US college students can participate in The Chevy Super Bowl College Ad Challenge. Teams of up to three students will create the concept for a commercial promoting Chevrolet’s new lineup of cars and crossovers, specifically the Aveo, Cobalt, HHR, and Equinox. Students will submit presentations showcasing their creative ideas, which will then be judged later this fall. Five teams will be given an all-expense paid trip to Detroit where they will present their ideas in person to Chevrolet and ad agency executives. The winning team will participate in the production process as their concept is developed and made into a 30-second television commercial. The students' commercial will then air during Super Bowl XLI on February 4, 2007.

Today Chevrolet kicks off a unique contest for America’s college students – giving students a huge opportunity to compete to have their commercial idea produced and televised during Super Bowl XLI on February 4, 2007. These college kids are America’s future and together with America’s cars, America’s brand and America’s largest television audience (90.7 million people watched last year’s game) we can expect amazing things.

The winning team will participate in the production process as their concept is developed and made into a 30 second television commercial. The spot will then air during Super Bowl XLI.

The Chevy Super Bowl College Ad Challenge is a big contest. Chevrolet contacted advertising, marketing, and film programs at some 340 colleges and universities across the country. We’ve also reached out to hundreds of other schools, including community colleges, to give as many students as possible the chance to enter the challenge. This contest is open to all full-time U.S. college students, who will compete in teams of up to three people each.

“Chevrolet is America’s brand,” said Ed Peper, Chevrolet General Manager. “These college students are America’s future. And the Super Bowl is an American Institution, not just for the football, but also for the commercials. Who else but Chevy would bring them all together?”

“We can’t wait to see how the students respond to this real-world advertising challenge,” Peper (pronounced peeper) said. “We’re proud of Chevrolet’s new innovative designs in our cars and crossovers and we want to get the word out. This is a unique way to give students a platform to tell us what they think will make a great ad and to participate in the production process. It’s a fantastic opportunity for students.”

Chevrolet is America’s No. 1 selling automotive brand. With the largest dealer network in the United States, Chevy is the leader in full-size trucks and the leader in sales of vehicles priced $35,000 and above. In addition, Chevrolet delivers more-than-expected value in every vehicle category, offering cars, crossovers and trucks priced from $9,995 to $72,235. Chevy delivers expressive design, spirited performance and great value with standard features usually found only on more expensive vehicles.

Chevrolet’s global headquarters is in the GM Renaissance Center in Detroit. For more information, go to http://www.chevy.com.

The National Football League, its member professional football clubs, NFL Ventures, Inc., NFL Ventures, L.P., NFL Properties LLC, NFL Enterprises LLC, NFL Productions LLC, NFL International LLC and each of their respective subsidiaries, affiliates, shareholders, officers, directors, agents, representatives and employees (collectively, the "NFL Entities") will have no liability or responsibility for any claim arising in connection with participation in this sweepstakes or any prize awarded. The NFL Entities have not offered or sponsored this sweepstakes in any way.

© 2006 NFL Properties LLC. All NFL-related trademarks are trademarks of the National Football League. 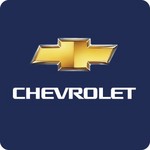