Ones We Love reached an agreement with Ed Hardy Energy Drink, to be the Official Energy Drink for Modelween. Modelween, presented by One Model Place, is the party where thousands of models and photographers come out to celebrate Halloween. 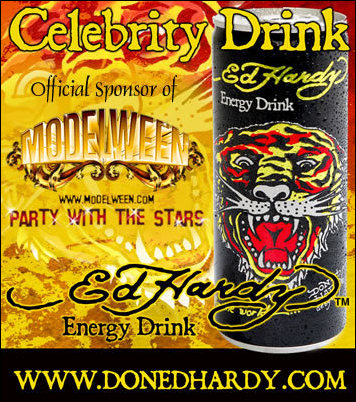 Ones We Love (OWL), in a closed door meeting on Friday, reached an agreement with Ed Hardy Energy Drink to be the Official energy drink for Modelween presented by One Model Place. Modelween is the event where hundreds of models come out to celebrate Halloween. The events are scheduled later this month in Miami, Hollywood, Chicago, Houston and New York. The relationship with Ed Hardy Energy Drink is one that enhances Modelween’s already impressive guest list of models and famous photographers with some of America’s most notable A-List celebrities.

In addition to the beverage being available to guests at Modelween, highlights of the sponsorship include Ed Hardy Energy Drink inviting their A-Listers and close friends to Modelween, supplying each event with an assortment of Ed Hardy custom hats for prizes and giveaways and over 1,000 Ed Hardy bags to be used for the VIP Gift Bags.

This sponsorship is perfect for Modelween because of the many celebrity relationships of Ed Hardy and that Modelween is being billed as the “Party with the Stars” event. Celebrities like Madonna, David Bingham, Bobby Brown, Kevin Federline and Vince Neal are just a few of the faces on the latest banner promoting the Ed Hardy Energy Drink.

Earlier in the month OWL secured Fright Catalog, Couture Candy and LASplash as key sponsors of Modelween. Their contributions have made a major impact on the event.

Travel bookings to any Modelween city can be arranged by WantTravel, the Official Travel company of Modelween.Advance tickets are on sale and VIP Tickets that include gift bags, express entry, complimentary appetizers and upfront viewing of the costume contest are almost sold out. To purchase tickets or to get more information on dates, times and locations visit: http://www.Modelween.com.

Companies interested in sponsorships of Modelween and other Halloween events hosted by OWL should contact the Ones We Love offices at 800-893-9932.

ModelWeen Flyer - all Five CitiesThis image contains the location information for all five cities for ModelWeen. 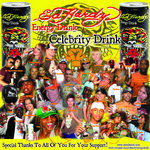 Fright Catalog email Flyer This is the image that was prepared showing Fright Catalog's participation as an event sponsor.

Models from OwL Models and One Model PlaceThis is a photo of an OwL Event where models from the OwL Models company came out.