Planet Fitness Spokesperson says profanity, threatening, intimidating behavior are the reasons for expulsion, not grunting - "Free Tampon Tuesday" and other misogynistic comments on the Bob Rivers Radio Show by Al Argibay and his attorney are the stimulus for an official statement. 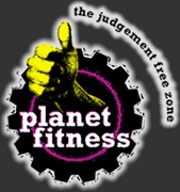 We find it somewhat concerning that a member of law enforcement would conduct themselves in this way. We certainly realize that Mr. Argibay's actions are the exception to the rule and training of professional law enforcement everywhere but his attempt to link his position with law enforcement was intimidating to staff none the less.

Planet Fitness today issued an official statement in response to "The Gym Grunter" Albert Argibay. "Mr. Argibay's description of what occurred is inaccurate. Continued allegations about the actions of the Planet Fitness manager are fabrications of the event as it occurred and as it was witnessed by other gym patrons," said Dave Lakhani, spokesman for Planet Fitness. Further, "Mr. Argibay and his attorney's sophomoric and insulting treatment of people who are trying to get in shape in an environment that is supportive and judgment free is unacceptable in this day and age."

Lakhani continued: "Mr. Agribay was asked to stop his excessively loud 'grunting and screaming' as he squatted weight, by the fitness center manager Carol Palazzolo who was giving a family a tour of the fitness center. Mr. Argibay's response was 'I'm a bodybuilder and I'll grunt if I want to', when asked again to stop the loud noise, Mr. Argibay responded 'You are a f******g B*tch, I'm not going to stop" (shouting in a loud aggressive manner, causing other gym members to approach, telling the manager that they were worried about her safety). According to the Planet Fitness Manager involved, Carol Palazzolo, Mr. Argibay was asked to move to the front counter. Mr. Argibay continued to shout and use profanity and identified himself as a corrections officer. When told by Palazzolo that if his intimidating behavior continued that the police would be called, he said 'My f*****g boss is the Captain of the police force.' At that time the fitness center manager contacted local authorities. When police arrived, Mr. Argibay had retired to the men's locker room at which point and after walking through the fitness facility, the police encountered him near the front desk, where he was asked to give his full name by the manager, so that his membership could be terminated and all billing stopped. Mr. Argibay refused to give his name saying to the manager, "I'm not going to make it easy for you." The police gave him direction to give his name at which time he complied. At that point his membership was cancelled.

Mr. Argibay was not arrested, no charges were filed or persued by the fitness center manager. Mr. Argibay has continually suggested that the noise he made was no louder than heavy breathing which is inaccurate according to Planet Fitness Manager Carol Palazzolo. In public statements to the media Mr. Argibay acknowledges knowing that grunting is not allowed as it is posted clearly throughout the fitness facility. Additionally, the agreement he signed when joining the facility clearly indicates the rule. Mr. Argibay's self-identification as a law enforcement official only made the event more threatening and intimidating to the facility staff involved according to Palazzolo. Said Lakhani, "We find it somewhat concerning that a member of law enforcement would conduct themselves in this way. We certainly realize that Mr. Argibay's actions are the exception to the rule and training of professional law enforcement everywhere but his attempt to link his position with law enforcement was intimidating to staff none the less." Mr. Argibay was previously a member of the facility and terminated his membership saying 'This isn't the right kind of place for me,' according to Palazzolo. He later reinstated his membership.

Planet Fitness maintains a strict policy about loud grunting, dropping weights, chest slamming and other attention seeking behavior. Over 80% of the Planet Fitness membership is derived from people who are coming back to the gym for the first time in their adult lives to get in shape. Planet Fitness strives to make the environment, pleasant, non-threatening and supportive of those people who often feel out of place in more aggressive workout facilities. And in all cases of violations of the rule, people are light heartedly notified of the rule and asked to stop. The "Lunk Alarm" is sounded as a way of reinforcing the no grunt and judgment free zone. "

"Mr. Argibay and his attorney continue to make inflammatory and misogynistic statements to the media such as "They didn't tell him it was Free Tampon Tuesday and Curves (a well known women only gym) would not accept your membership even with proof of zero testosterone levels" The comment referencing Free Tampon Tuesdays can be heard approximately 3minutes 56seconds into the interview on the Bob Rivers Show. The comment can be found here at Bobrivers.com:

Arrow down to the bottom of the article and click on the related audio link.

Throughout the show Mr. Argibay and his attorney insult men and women alike, demonstrating the kind of behavior that was experienced with Mr. Argibay at Planet Fitness. "We feel that these kind of sophomoric comments and insults are inappropriate and indicative of the unacceptable behavior which lead to the termination of his membership." Planet Fitness has received a tremendous outpouring of support from members and non-members alike who applaud the no judgment, no grunting atmosphere.

Lakhani said: "In our continued commitment to fitness and healthy living, stand by our policy of creating a judgment free zone for all in all of our Planet Fitness facilities."