iFred, the International Foundation for Research and Education, today announces a partnership with International Art Services, to provide first time ever released Winston Churchill artwork. The two works available, at http://www.depression.org, include A Study of Boats and View from Chartwell at a price of $400 each - 25% of which goes directly to the iFred foundation.

iFred, the International Foundation for Research and Education, today announces a partnership with International Art Services to provide the newly released, limited edition lithographs by Sir Winston Churchill to depression supporters. Sir Winston Churchill, an accomplished English Statesman and author, was also a depression survivor and artist, using his art as a way to manage his personal struggles with depression. The Winston Churchill Trust has handpicked some of Churchill's finer works to be made available to the public, and International Art Services, who is a worldwide distributor, is donating 25% of each sale to iFred. A Study of Boats and View From Chartwell are the first to be released, and are available at an exclusive price of $400 each* available at http://www.depression.org.

Sir Winston Churchill (30 November 1874 - 24 January 1965), was an English statesman and author, best known as Prime Minister of the United Kingdom during the Second World War. Well-known as an orator, strategist, and politician, Churchill was one of the most important leaders in modern British and world history, and he won the 1953 Nobel Prize in Literature for his many books on English and world history. In 1963, U.S. President John F. Kennedy acting under authorization granted by an Act of Congress, proclaimed Churchill the first Honorary Citizen of the United States.

What many didn't know about Sir Winston Churchill was his long struggle with depression and his use of art as an outlet for his depression. Churchill, who was named by Time Magazine as one of the most important people of the 20th century, was also an accomplished and prolific artist.

For the first time in history, the Winston Churchill Trust has permitted his works of art to be made available in the form of original limited edition lithographs, bearing the unique embossed seal of the Trust. The two works available include the A Study of Boats and View from Chartwell. Works by Churchill are found in the permanent collections of prestigious institutes such as, The Royal Academy in London, Tate Gallery in London, The Metropolitan Museum of Art in New York and The Smithsonian Institution in Washington, to name a few.

For a limited time, iFred friends and supporters will receive an exclusive price of $400 per work of art, from which, International Art Services will donate $100 from each sale to iFred in honor of Sir Winston Churchill. It is a great way to celebrate Sir Winston Churchill, an honorable way to show support of those affected by depression, and a proactive way to start helping Shine the Light on Depression. Please consider this for a unique and special holiday gift for friends and family. 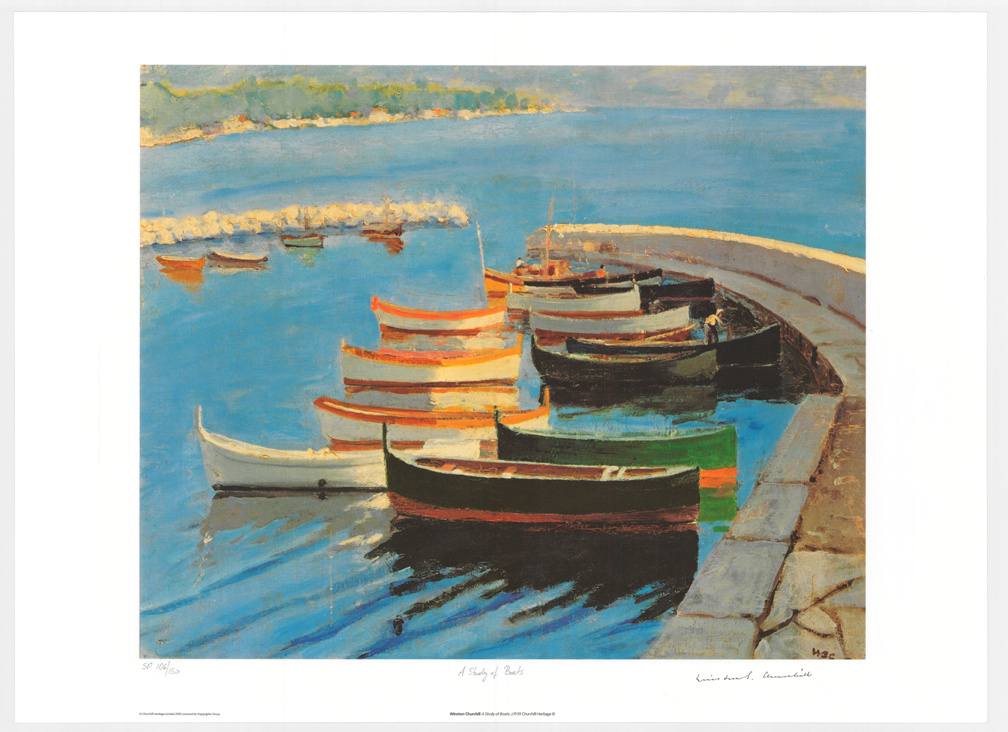