Pastor Ralph A. Rogers Named Cambridge Who's Who Professional Executive of the Year in Religious Services

Ralph A. Rogers, Pastor for Bethany Baptist Church (of Carol City), has been named Cambridge Who's Who Professional Executive of the Year in Religious Services. 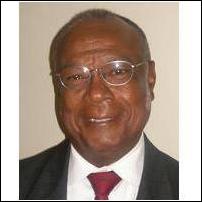 You'll always find a friend at Bethany -- we guarantee it!

Rev. Ralph Rogers founded the Bethany Baptist Church (of Carol City) on October 4, 1992 and believed that the Lord gave him a three-fold vision for the church which included: (1) Spiritual -- making disciples of Christ by reaching the lost to build up the church in the most holy faith, Jude 20; (2) Educational -- providing pre-school education to children and offering indoctrination to God's Word at an early age, Ecclesiastes 12:1; and (3) Social -- helping those imprisoned by alcoholism, drug addiction, gang affiliation, or other vices, find a greater purpose in life by providing them a fresh start, 2 Corinthians 5:17.

"Missions International" is an international evangelical outreach effort birthed out of Bethany Baptist Church to reach lost souls for Christ in the Caribbean Islands and parts of South Africa. In 2001, Pastor Rogers traveled to Cape Town for a 10-day revival and witnessed the need and a cry for help among the people. In 2002, he was invited to speak during a week of revival services for Rev. Kelvin Jones of the Antioch Baptist Church in the island of St. Kitts. This led to a return visit with his son, Rev. Clive Rogers, and two other missionaries to conduct VBS and revival services. Each year, a team of Christian missionaries return to these areas and minister to the needs of the people by providing spiritual, educational, and social resources to motivate, nurture, and inspire them toward a closer walk with Christ. The plan is to expand these efforts to other islands and other parts of South Africa.

Another area of ministry that Pastor Rogers commits himself to is visiting the sick in the hospitals, which to the observation of many seem to think that this is an outmoded practice for most pastors. Nurses and Other hospital staff often compliment him, as a pastor, for continuing this practice.

As a pastor, Rev. Rogers also actively provides spiritual growth for his congregation, nurtures and supports his associate ministers, and oversees the construction of a new church building in the heart of a community that really needs to know Christ. As chaplain of the men's prison at the Dade County Jail (DCJ), he delivers the gospel of hope on a weekly basis to those incarcerated who feel they have no hope, he motivates the men by building their self esteem, and encourages them to develop their hidden talents for God. As the apostle Paul wrote the epistles of Ephesians, Philippians, and Colossians while he was in prison, Rev. Rogers challenges the men to take advantage of their time in prison by expressing their thoughts in writing.

As a child of God, he consistently seeks God's will to be used as an "instrument of peace" to "change the world" for Christ. And as a family man, he enjoys spending time with his wife of 50 years, his six children, and seven grandchildren.

Based on Pastor Rogers' vision, the congregation of Bethany Baptist Church prides itself in its motto: "You'll always find a friend at Bethany -- we guarantee it!"