Today, The Nature Conservancy highlighted the latest findings of the Intergovernmental Panel on Climate Change (IPCC) and explained how those findings continue to guide and influence on-the-ground conservation efforts worldwide. 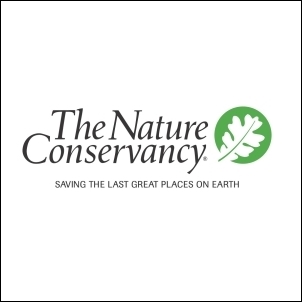 Through the IPCC report, the world's experts are waving a very large warning flag at the world

Today, The Nature Conservancy highlighted the latest findings of the Intergovernmental Panel on Climate Change (IPCC) and explained how those findings continue to guide and influence on-the-ground conservation efforts worldwide.

The second volume of the IPCC Fourth Assessment Report, released today, outlines an array of serious impacts that unmitigated climate change would have on human well-being and every ecosystem on Earth. Coral bleaching, flooding, shifting vegetation, changes in natural annual events such as spring flowering and bird migration, and adverse effects on human health are all predicted to increase.

The Nature Conservancy is working to reduce the sources of the threat by promoting policies to reduce emissions from fossil fuels and stemming deforestation. Conservancy scientists are pioneering climate change adaptation and mitigation strategies through projects that improve the ability of ecosystems to cope with warmer temperatures, altered precipitation, rising sea levels, and other changes.

"Many investments the Conservancy has made to protect the last great places on Earth will be at risk if the climate changes too fast for plants and animals to adapt," said Bill Stanley, Director of the Conservancy's Climate Change Initiative. "Climate change is here, and the time to act is now."

The first volume of the IPCC Fourth Assessment Report was released in February and confirmed that human activities, including emissions from power plants, automobiles, and deforestation, are the main cause of rising temperatures and climate change. These activities will continue to exacerbate major weather events, such as severe storms and droughts, as well as more chronic changes, such as increasing temperatures.

An international framework and federal policy from major emitter nations are critical steps in averting these impending impacts. The Nature Conservancy is calling on Congress to act swiftly by adopting effective climate policies, such as a cap on greenhouse gas emissions that will protect the viability of plants, animals and human and natural communities around the world.

Well-designed climate polices can offer multiple benefits for biodiversity and human well-being, for example by creating incentives for protecting and planting forests to sequester greenhouse gas emissions, and providing public funding to efforts to help humans, ecosystems, and species adapt to the impacts of climate change described in this report.

Nature Conservancy President and CEO Steve McCormick also emphasized that many people will be directly and adversely affected by climate change.

"Through the IPCC report, the world's experts are waving a very large warning flag at the world," said McCormick. "For the good of the planet and all its inhabitants, now is the time to heed that warning and act to limit the amount of greenhouse gases emitted into the atmosphere."
For more information on the Conservancy's climate change efforts, visit http://www.nature.org/initiatives/climatechange/.