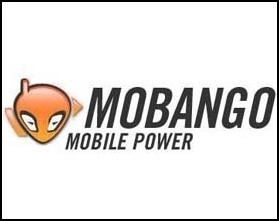 Mobango, http://www.mobango.com , a site for publishing, converting and sharing user-generated content for cell phones, has today announced significant growth across Europe, North America and Asia. The wireless site has experienced a 41% compounded monthly rate of growth in the amount of content being downloaded through the mobile portal, resulting in part from a 26% compounded monthly growth rate in the number of people using this function. The site offers members free user-generated content such as ringtones, pictures, video clips and games that can be easily downloaded directly to cell phones, enabling users to personalise their phones and enjoy a range of media on the move.

The site currently represents one of the largest content-driven community of mobile internet users around the world. Well over one million registered members regularly upload and download content and build networks through the site, and CEO Fabio Pezzotti is confident this number will continue to rise. "As download charges continue to fall and the technology available in and on cell phones increases, more and more cell phone users will want their favourite content on their phones.

"Cell phone users in the USA are particularly well-placed to get the absolute most from the site, taking advantage of low data charges and the generally high quality of internet connections widely available. User-generated content has already seen enormous take up in the North American market and we see pushing this trend out into the wireless market as the natural next step. Mobango is leading the way in this endeavour by offering a wide range of free content and a straight-forward, user-friendly service that does all the work for you," added Pezzotti.

Fabio Pezzotti announced Mobango's results at the Dow Jones Venturewire Wireless Innovations event in San Francisco on April 25th, 2007 where he spoke as part of the "Entertainment" track of the event.

About Mobango
Mobango Ltd operates an innovative online and mobile service targeted at the vast community of mobile phone enthusiasts. The service allows users to create, store, share and enjoy user-generated content both over the web and via mobile phones. Ringtones, photos, wallpapers, video clips and other applications can be easily converted and optimised by Mobango's users to best fit their cell phones. The site also offers social networking tools so users can create communities and share content with their friends.

The Company, formed in September 2004, launched both an internet and mobile service in May 2005 and now has over one million registered users, with tens of thousands more joining every week from all over the world. Mobango has offices in London, UK and Milan, Italy. For further information visit http://www.mobango.com