Isaac and Thorry Koren make up the core of THE KIN - an alternative rock duo based in New York City. Originally from Adelaide, Australia, the brothers arrived in NYC in 2001 and have built a huge following ever since, particularly in the Northeast region. Critics and fans alike have raved about their music. Billboard calls their live show "a humbling experience." The Kin's new CD "Rise and Fall" hits stores October 9, 2007 (Aletheia Records) with their single "Blue on Blue" to hit Triple-A radio August 2007. Two other tracks, "The One" and "Rise and Fall," will be placed in an episode of Lifetime TV's series ARMY WIVES (to air August 19, 2007.) 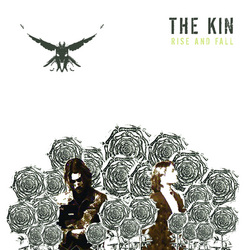 If you listen to the intentions behind the lyrics in this album, our intent is to stir the pot to provoke change and move from a place of feeling down and out to a place of expectation

Compared to the likes of Crowded House, the Cure, U2, and Jeff Buckley, THE KIN, comprised of Australian brothers Isaac and Thorry (pronounced TAR-ee) Koren, are ready to release their new album, Rise and Fall on the brothers' own label, Aletheia Records. Written and performed entirely by the Korens and co-produced by Nic Hard (The Bravery, Jesse Malin, Aberdeen City, The Church), the 14-track CD is set to be released on October 9, 2007.

Rise and Fall's acoustic focus brings the brothers' smooth vocals and Thorry's adept guitar playing into the forefront. All instruments, with the exception of the strings, were performed and recorded by the Korens. Infused with cellos and violins, the songs possess skillfully developed melodies that swell to cathartic choruses and return to satisfying conclusions. Big epic images and dense harmonies drench their sound, and their songs tell quirky human stories that often leave you with a question. The brothers, with no fear of revealing their personal truths, dare to use sentiment that often feels radical, yet sincere.

Rise and Fall brings about a whirlwind of emotions for the powerfully gifted duo who are influenced by Pink Floyd, Fleetwood Mac and Sting. "If you listen to the intentions behind the lyrics in this album, our intent is to stir the pot to provoke change and move from a place of feeling down and out to a place of expectation," says Isaac. "The album is about hope from struggle," adds Thorry. "These are not meant to be flowery love songs."

Originally named The Harlequin, the brothers Koren arrived from Australia in 2001 and have since built a huge US following that continues to grow exponentially. In addition to their roguish good looks and tremendous vocal and songwriting abilities, it's the duo's live shows that leave audiences hungry for more. What Billboard calls "a humbling experience," their vocal harmonies mesmerize the ear supported with captivating rhythmic percussion provided by their drummer "Shakerleg," who plays without the use of sticks. They have performed to packed or sold-out shows at prominent venues including World Café Live (Philadelphia), Hotel Café (LA), Paradise Lounge (Boston), as well as NYC's Pianos, Bowery Ballroom, Joe's Pub, Knitting Factory, Mercury Lounge and Gibson Sound Stage (with the legendary Comets), and have held a 2-month residency at NYC's Rockwood Music Hall.

In addition to entertaining audiences, The Kin use their music to raise money for worthy causes such as the Boys and Girls Club and the Save Darfur Coalition, an organization dedicated to ending the genocide currently taking place in the Sudan region. One of their efforts is raising money through a video placed on their website (thekin.com). Through a unique partnership with Revver.com, clicking through and watching the video automatically generates $0.35 toward the Save Darfur effort.

Rise and Fall hits stores October 9, 2007 on Aletheia Records and their single "Blue on Blue" hits Triple-A radio this month (Aug. 2007.) Two songs off this CD, "The One" and "Rise and Fall," will both appear in an episode of Lifetime TV's series Army Wives, to air on Sunday, August 19th at 10pm ET/PT (encore on Monday, August 20th at 8pm.) For tour dates and updated information, visit http://www.myspace.com/thekin or check out http://www.thekin.com.