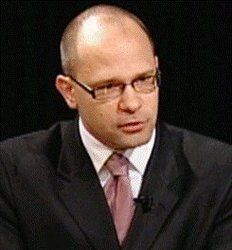 just like Kosovo, Iraqi Kurdistan has also been under international protection.

Institute on Religion and Public Policy President Joseph K. Grieboski released the following statement on the unilateral declaration of independence by Kosovo from Serbia:

"The decision of the Kosovo Provisional Authorities to declare unilateral independence is illegal and in direct contravention to international law, the United Nations Charter, and UN Security Council Resolution 1244, and sets a dangerous precedent which can potentially lead to serious international destabilization.

Kosovo's independence will quickly expose the weakness of the province's institutional infrastructure. Given Kosovo's limited participation in the U.N.'s administrative structure, it is simply illogical to assume that an amateur regime would possess the necessary expertise to dramatically improve the province's poor record of dealing with organized crime, drug trafficking and human rights abuses.

The present record of rule of law, protection of the rights of religious and ethnic minorities, and the return/resettlement of internally displaced persons by the Provisional Authority of Kosovo - all of which are indispensable for democratic governance - have been gravely unsatisfactory since the establishment of the KPA.

How can the United States and European powers expect viable political self-rule of Kosovo unless there is a well-demonstrated, long-term commitment on the part of Kosovo powerholders to the preservation of peace and ethnic diversity through both legislative and institutional means?

Since 1999 the Kosovo Provisional Authority has, on many occasions, acted contrary to pertinent democratic commitments and norms, and therefore cannot be trusted as the sole independent guarantor of rights and freedoms for all peoples of Kosovo.

Furthermore, today's declaration is a grave violation of the UN Charter itself, which affirms the territorial integrity, inviolability, sovereignty and national unity of states. Not only does the declaration shatter that principle, it further violates the Helsinki Final Act of 1975 and U.N. Security Council Resolution 1244, which also makes clear that Kosovo is part of Serbia.

The imminent threat of global destabilization calls for an internationally supported resolution that upholds legal precedent, recognizes the need for mutual compromise, and reflects a serious commitment to the protection of human and minority rights. Neither Russia nor China will accept a cosmetically altered "blank check" for independence.

The international community's recognition of Kosovo's independence would set a dangerous precedent for secessionist movements worldwide. Would-be breakaway regions like Abkhazia and South Ossetia in Georgia, Nagorno-Karabakh in Azerbaijan, the Turkish Republic of Northern Cyprus, Tibet and Taiwan with China, and numerous others will demand independence, against which Western diplomats will have very little political or historical leverage.

As Mahmoud Othman, a Kurdish member of the Iraqi parliament, observes, "just like Kosovo, Iraqi Kurdistan has also been under international protection." For nationalistic groups, there is no difference between an independent Kosovo and an independent Kurdistan.

In Moscow today, the Russian upper and lower houses of Parliament released a joint statement signaling an intention to recognize at least two separatist Russia-backed enclaves in the former Soviet space -- Abkhazia and South Ossetia, both in Georgia. "The right of nations to self-determination cannot justify recognition of Kosovo's independence along with the simultaneous refusal to discuss similar acts by other self-proclaimed states, which have obtained de facto independence exclusively by themselves," the Russian parliament statement read.

Eduard Kokoity, the Ossetian president, said Monday that the two breakaway regions would submit a request for recognition to Russia's Parliament by the end of the month, according to the Interfax news service.

The international community must avoid planting a failed state in Southeast Europe. Today's recognition of an independent Kosovo by the United States, Britain, France, Germany and Italy without considering the long-term effects on global security and territorial integrity strike at the very foundations of the international system and the very heart of the United Nations system."