Black Equity Alliance appoints Joyce S. Johnson as its new president and chief executive officer. Johnson, a veteran of New York politics, is the former New York State Field Director for the Obama presidential campaign. She has worked in New York City government and the private sector for thirty years. Through Black Equity Alliance Johnson plans to work on leveraging the $74.9 billion buying power of New York's black community to help create sustainable social and economic change in the areas highlighted by the organization's report, "The State of Black New York City 2007." Black Equity Alliance is a federation of stakeholders in the human service, political, faith, business, cultural and philanthropic communities working in collaboration to improve living conditions for blacks in New York City, and New Yorkers in general. 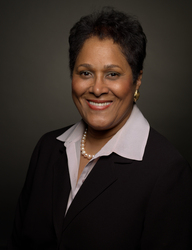 to build the capacity of our partner organizations in the human service area, collaborate more effectively with our stakeholders, and examine more closely the gaps between what we have not done and what we need to do, so that we can effectively leverage the collective $74.9 billion buying power of our community and serve as a catalyst for progress.

Black Equity Alliance today announced the appointment of Joyce S. Johnson as its president and chief executive officer. A veteran of New York politics and government, Johnson most recently served as the New York State Field Director for the Obama 2008 presidential campaign, in addition to having worked as the Deputy Campaign Manager in Charlie King's campaign for New York State Attorney General in 2006. Johnson is also a former National Director of Equal Employment Opportunity for Joseph E. Seagram & Sons, Inc, and a former Executive Assistant to New York City Schools Chancellor Rudy Crew, directing the Office of Business and Community Relations. Johnson is the organization's second chief executive officer. Dr. Billy Jones, CEO of BJones Consulting Service, and Chair of the Black Equity Alliance Board of Trustees, made the announcement.

Commenting on the search process, Jones said, "The Board engaged in a highly competitive six-month search to find the right candidate that could lead Black Equity Alliance as it enters a period of growth and expansion. We were extremely selective in that we brought in a very strong list of candidates from diverse and accomplished backgrounds. In the end, we selected Joyce because of her commitment to our mission, the depth and breadth of her experience, and her three-decade record of accomplishment in the areas of education, human services, and social, political and economic equity."

Jones said Johnson's ability to build cross-collaborations and alliances, in addition to her ability to expand and diversify the organization's funding sources, was a significant factor. "We felt strongly that it was important that we choose a dynamic leader who was capable of maximizing partnerships, and engaging stakeholders from diverse sectors of the New York community to address the many socio-economic, civic, and human service issues confronting blacks in New York. Without question, Joyce is the ideal person to move the organization forward," said Jones.

Speaking on behalf of the Board, Jones commended Melba Butler, who served as the organization's interim president and CEO, for the nine-months preceding Johnson's hire. "The Board extends our sincerest thanks to Melba Butler for having effectively helmed the organization through this transition, and for her many contributions to its growth," said Jones.

Johnson thanked the Board for entrusting her with leadership of the organization. "I thank the Board, our funding partner -- the United Way -- the Black Agency Executives and our numerous partners and staff for entrusting me with the leadership of this venerable organization. It is a great honor to be joining Black Equity Alliance, particularly at this transformative moment in our state and nation's history," Johnson said.

"I look forward to the opportunity to lead the Alliance as we work to maximize the enormous power and potential of our organization to create great and sustainable economic and social change for African Americans and New Yorkers, as a whole," said Johnson.

Johnson added that a key aspect of the organization's mission will be "to build the capacity of our partner organizations in the human service area, collaborate more effectively with our stakeholders, and examine more closely the gaps between what we have not done and what we need to do, so that we can effectively leverage the collective $74.9 billion buying power of our community and serve as a catalyst for progress."

As the new CEO and president Johnson stated that she looks forward to working to develop tangible solutions, as well as bringing increased attention to the inequities highlighted in the organization's groundbreaking study, The State of Black New York City 2007. Done in partnership with the New York Urban League, the study looks at how New York City blacks are faring in employment, housing, health, the criminal justice system, and the start-up of new businesses, among other areas. SoBNY 2007 combines hard statistical data with analysis and recommendations. Johnson said next spring Black Equity Alliance plans to issue an annual report card stating how blacks are doing in the eleven areas covered in the study.

Johnson is the former President and CEO of Bradford Stanley Johnson and Johnson, a former Director of Community Relations for the Office of New York City Comptroller Alan Hevesi, a former Special Assistant to Manhattan Borough President Ruth Messinger, and a two-term Board and Vice Chair for Upper West Side Community Board 7. In 2005 she ran for the Office of City Council for Council District 8 and was a candidate in 2002 for New York State's 69th Assembly District.

Johnson has a B.S. in Microbiology from Howard University.

Black Equity Alliance is a federation comprised of stakeholders across the human service, political, faith, business, cultural and philanthropic communities engaged in collaboration to foster solutions that lead to economic and social sustainability for blacks in New York. The Alliance is the only institution engaging in policy analysis, research, and advocacy on cross-systems issues on behalf of the black community. To learn more about Joyce S. Johnson or Black Equity Alliance call: 212-251-2420. Click here http://www.blackequityalliance.org to view Black Equity Alliance/NY Urban League publication, "The State of Black New York City 2007."