Sydney's only new 5-star hotel to open this decade, and western Sydney's first 5-star hotel, Pullman at Sydney Olympic Park, is celebrating its launch by offering a 'champagne special' for conference packages booked before the hotel's opening on 1 September 2008. 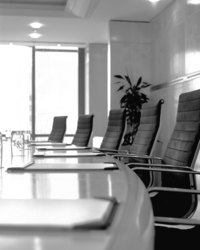 Sydney's only new 5-star hotel to open this decade, and western Sydney's first 5-star hotel, Pullman at Sydney Olympic Park, is celebrating its launch by offering a champagne MICE special for conference packages booked before the hotel's opening on 1 September 2008.

The champagne MICE special incentive of six bottles of French champagne is available to conference organisers who book a residential conference of at least 50 room nights that is held before 31 January 2009.

The hotel also announced opening special conference rates from just $75 per person for day delegates. Room rates for residential conferences start from $210 per room per night.

The Pullman at Sydney Olympic Park is set to become the venue of champions, offering five-star luxury in the heart of Sydney's most vibrant and entertaining conference and events precinct.

The Pullman brand has been launched to provide specific services for the business and conference sectors, with dedicated Events and IT Solutions managers appointed for each event held at the hotel. Pullman Sydney Olympic Park is the first Pullman hotel in Australia, and joins a rapidly growing network of upscale Pullman hotels in Asia and Europe.

A feature of the conference space is the natural lighting and warm colour design, which provides a very attractive space for meetings and events.

Pullman conference staff work with specialist operators to develop Olympic-style activities for conference groups in the many venues located in the park. They can include team building 'scavenger hunts', tennis and swimming tournaments, golf, mini-Olympics, trapeze lessons, cycling and art express.

The Pullman at Sydney Olympic Park will work in unison with the adjacent Novotel Sydney Olympic Park and Hotel Ibis Sydney Olympic Park complex, meaning event organisers will have a one-stop shop for a range of flexible spaces for any occasion. The Novotel offers a variety of meeting rooms for up to 600 cocktail-style or 320 banquet-style as well as the Homebush Bay Brewery which can host up to 1000 for cocktails or the Arena Restaurant overlooking the Olympic Stadium, which can seat 100.

Like the adjacent Novotel and Hotel Ibis Sydney Olympic Park , Pullman is a pacesetter for environmental standards, using 40% less energy than equivalent 5-star hotels, utilising solar panels on the rooftop.

The existing hotels, which were opened in 2000, and the new Pullman at Sydney Olympic Park, will service the rapidly growing business and meetings community in the Olympic Park precinct and the greater western Sydney area.

Sydney Olympic Park is currently home to over 60 businesses including Orlando Wyndham, Dairy Farmers, QBE, BP Solar and Eveready. These will be joined by a number of other major businesses over the next two years, including the Commonwealth Bank, which has already relocated 1400 staff to Sydney Olympic Park earlier this year and will grow their presence to 5000 employees by the end of the decade.

Elsewhere in the surrounding region, companies such as ANZ, National Australia Bank, Macquarie Bank and AAP have moved to this burgeoning commercial district.