Company Positions Itself to Move Aggressively in Today’s Economic Climate. 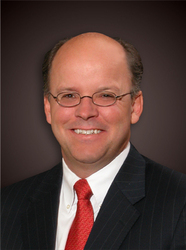 With over 400 associates in Alpharetta, Ga., and a total of 600 nationally, JH serves more than three million patients in some 1,000 hospitals each year. With a 53-percent compound annual growth rate between its founding in 2000 and year-end 2007, the company ranked seventh on Atlanta Business Chronicle’s “Pacesetters” list of Atlanta’s fastest-growing companies in 2007 and 2008. JH was ranked the 5th largest Healthcare Staffing Company by Staffing Industry Analyst Report in October, 2008. JH also was named to the Inc. 500 list in 2004; to the Inc. 5000 in 2007 and 2008; and as one of “Atlanta’s Best Places to Work” by the Atlanta Business Chronicle in 2007 and 2008. The firm's operating entities include: Jackson & Coker, Jackson Hospital Affiliates, Jackson Therapy Partners, LocumTenens.com, Parker Staffing Services, Patient Placement Systems, Premier Anesthesia, StatCom, and Travel Nurse Solutions.