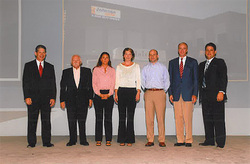 For more than 100 years, the Johnson family has been in the transportation business. The firm is now owned and operated by fourth generation family members; Mark Johnson & Jim Johnson. From its founding site in Denver, the company has expanded over the past ten decades to nine locations in five states.