RSCI's Chairman expressed his concern that since few people can afford to travel outside the country for medical treatments, America needs to put more focus on approving ultra safe adult stem cell treatments to alleviate the suffering of millions diagnosed with so-called untreatable diseases. 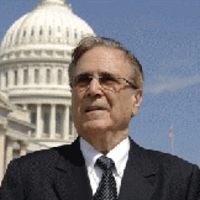 during the first six weeks of Obama's term, several events reinforced the notion that embryonic stem cells . . . are obsolete.

Margolis said, "This leads to one key question which no one in America seems to ask: Why is the FDA, which indiscriminately rushes unproven deadly drugs to AIDS patients, forbidding six million dying heart patients access to long-proven SAFE stem cell therapy?" Is it because heart patients don't count in politics while AIDS patients do? Or is there another reason why they allow drugs such as Vioxx and forbid risk-free stem cells?

"When the President lifted the partial ban on federal funding for embryonic stem cell research stem cell research, he did not mention that Embryonic Stem Cells (ESC) have never worked on humans or animals and never will," Margolis said. "He also didn't mention that Embryonic Stem Cells, when injected into your body, can cause deadly tumors as they have in thousands of lab animals."

Mr. Margolis pointed out that just five days before the ESC announcement, Dr. Bernadine Healy, former director of the National Institutes of Health, published an article in U.S. News & World Report which states, "To date, most of the stem cell triumphs that the public hears about involve the infusion of adult stem cells." Healy concluded that "during the first six weeks of Obama's term, several events reinforced the notion that embryonic stem cells . . . are obsolete."

In support of Dr. Healy's point, Margolis quoted three world-class embryonic research scientists. First was Dr. James Thomson, the godfather of embryonics: "It is more than ironic that the scientist who first isolated and cultured ESC once said 'embryonic stem cells are not being used in any clinical applications yet, while alternatives such as adult stem cells figure in scores of therapies.'" Margolis went on to note that "Dr. Thomson's observation is even truer today. The number of diseases treatable with RSC is rapidly approaching 200, while the ESC count still sits on zero, despite the efforts of a thousand ESC researchers on four continents not hindered by the Bush era regulations."

Margolis then discussed the recent extraordinary discovery of induced Pluripotent stem cells (iPS), which can easily replace the need for ESC. "The potential of iPS is so big," Margolis said, "that even Dr. Ian Wilmut, who led the team that cloned the famous Dolly the sheep, abandoned his license to attempt human cloning, stating that researchers 'may have achieved what no politician could: an end to the embryonic stem cell debate.'"

"And end it we must," Margolis added, "before billions more dollars are wasted while millions of patients are forced to sit on Death Row, waiting for 21st century alchemy to magically transform embryonic stem cells into repair stem cells."

In closing, Margolis quoted Dr. Colin McGuckin, a noted UK embryonic research leader at Newcastle U. before departing for more useful RSC research in France: "The best estimates of the embryonic scientists here at Newcastle is that embryonic stem cells may not be able to help people this side of 50 years. That's my lifetime. We can't wait that long.'"

Mr. Margolis agrees: "The real cost of embryonic research is not the wasted billions, but 50 more years of unnecessary suffering by those who can be helped today."