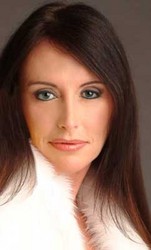 In my opinion, those who judged him unknowingly contributed to his preoccupation with appearance, his eventual addiction to cosmetic surgery and prescription drugs, and ultimately his early death. We all need to have more compassion for those who suffer from this baffling and misunderstood disease.

"That is so far from the truth," says Hammons. "Anyone making those assertions obviously doesn't understand the disease Michael suffered from or the treatment options available to him."

Michael Jackson was diagnosed in 1986 with vitiligo, a chronic skin disease that causes loss of pigment resulting in irregular pale patches of skin. Jackson openly discussed the disease in an interview with Oprah Winfrey in 1993 following accusations that he wanted to be white. His attempt to "set the record straight" was primarily ignored and rumors that "he didn't want to be black" continued to plague him throughout much of his adult life. Most recently, the allegation was reportedly made by Quincy Jones, the record producer who collaborated with Michael Jackson on Thriller, Bad and Off the Wall.

US Magazine reported Jones as saying that Jackson's obsession with his appearance got to be "ridiculous. Chemical peels and all of it. And I don't understand it," he reportedly said. "But he obviously didn't want to be black." Jones added he wasn't sure why Jackson had such a deep-seated issue with the way he looked. "I'm just a musician and a record producer. I'm not a psychiatrist," he said. "I don't understand all that stuff."

Sandi Hammons: "Few people understand the psychological trauma associated with the disease of vitiligo, including the physicians who treat it". For the past twenty-five years, she has consulted with physicians and thousands of individuals who suffer from vitiligo. "There are even some medical professionals who still consider the disease to be nothing more than a cosmetic nuisance," said Hammons, "But the truth is, many people diagnosed with the disease suffer greatly. A deep sense of shame and hopelessness (including depression and suicidal ideation) along with a preoccupation with appearance and available treatments are really quite common. Vitiligo is especially traumatic for darker skinned individuals, as the contrast between pigmented and depigmented skin can be quite drastic."

Jackson was widely criticized for his use of bleaching medications and chemical peels. "What people don't understand is that there are few, if any, treatments that are effective, especially for widespread cases like Michael's."

There are three common types of treatment for vitiligo: 1. Repigmentation as in the case of PUVA and UV lights (Typically ineffective on widespread cases) 2. Micropigmentation (i.e. cosmetic tattooing - recommended on small areas that accept cosmetic pigment) 3. Depigmentation, as in the case of using bleaching creams to remove smaller pigmented areas (typically recommended for widespread cases similar to Jackson's).

Vitiligo affects 1% to 2% of the population. It is estimated that over 50 million people suffer from this little known and often misunderstood disease. The precise cause of the disease is complex and not fully understood. There is some evidence suggesting that it is caused by a combination of autoimmune, genetic and environmental factors. "Stress is definitely a contributing factor," said Hammons. "Changing skin colors add even more stress, particularly if vitiligo develops on visible areas of the body, such as the face, hands, arms, feet, or on the genitals."

In some cultures there is a stigma attached to having vitiligo. Those affected with the condition are sometimes thought to be evil or diseased and are sometimes shunned by others in the community. People with vitiligo may feel depressed because of this stigma or because their appearance has changed dramatically.

Hammons has great compassion for Jackson and his battle with the disease. "To deal with the psychological impact of this disease is significant; to deal with the very public and cruel opinions of others must have been overwhelming."

"Trauma drives addiction," adds Hammons. "In my opinion, those who judged him unknowingly contributed to his preoccupation with appearance, his eventual addiction to cosmetic surgery and prescription drugs, and ultimately his early death. We all need to have more compassion for those who suffer from this baffling and misunderstood disease."