The American Design Awards has just released the list of its 2009 Summer Semi Annual Design Contest winners. From among 1,400 participants 49 were awarded with the Award of Design Excellence for outstanding design achievements. 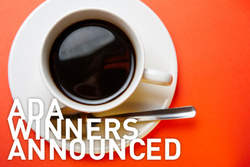 But even more amazing is that 60% of this year's participants were from outside of the United State!

Dating back to 2002, the American Design Awards' Semi Annual Design Contests have been the most recognized and respected independent juried graphic and web design awards program worldwide. The most recent contest which took place in late August of 2009 attracted designers from 45 different countries around the globe. "It is a great honor to go through the list of participants and see all the outstanding talent" said Art Javid, vice president of ADA. "But even more amazing is that 60% of this year's participants were from outside of the United State!"

Among the top winners of the 2009 Summer Semi Annual Design Contest are Object 9 of Baton Rouge, LA with 7 awards, Marsh Inc of Cincinnati, OH with 5, and Mad Dog Graphx of Anchorage, AK with 3. Awards are based on various criteria, including creativity, effectiveness, marketability, and ethics. "Of course Creativity is the most important criteria especially when you are dealing with the field of visual communications, but in our events Ethics has an equally important role in the overall scheme of things" says Kevin Javid, vice president of ADA. "In the recent years there has been an ugly trend in the industry by some 'designers' who try to earn a fast buck and use templates, steal other hard working designers' work, and submit them to our contests in hopes of winning an award - so that is why we take our time and do as much research as possible to weed out those people."

The American Design Awards holds two (2) Semi Annual Design Contests - one in August (Summer) and one in February (Winter), but is planning on expanding this competition to include a Fall and Spring contest as well. "There are so many talented designers out there and we feel that having a quarterly contest will give everyone a chance to participate and hopefully get recognized."

The contests have been growing at a great pace since 2002, and are expected to grow by 25-40% each year starting in March 2010 with a major overhaul of American Design Awards is in the works. "I can't really comment on the specifics at this time, but some big things are happening!" said Art Javid.