Amazing Facts is pleased to announce a large six figure donation by one of their most committed supporters, Mr. Lloyd Claycomb from Scottsdale, Arizona. 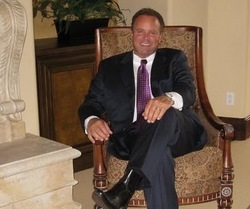 Amazing Facts is pleased to announce a large six figure donation by one of their most committed supporters, Mr. Lloyd Claycomb from Scottsdale, Arizona. Lloyd has continued to support the Christian outreach of its World Wide ministries.

As recent as this month Mr. Claycomb has donated a large amount of money to provide airtime support on The Discovery Channel with the potential to reach nearly 100-million viewers worldwide. Lloyd and Karen Claycomb support many ministries that spread the Gospel of Jesus Christ and have been large financial supporters in the promotion of the Gospel freedom in China.

Their selfless example is truly an inspiration in these hard times. Just in the previous two years alone the Claycombs have donated over $300,000 to Amazing Facts and results are being seen of their efforts in China. A most recent communication from our people on the ground in China reports that Christian publications that have been translated into the Mandarin language are being widely circulated. It is the generosity of such philanthropists as Lloyd and Karen that help bring hope to others.

Also, Lloyd is a board member of Our Children International which has its sole objective to save children in Third World countries. Currently the ministry operates children’s villages in 18 countries. Lloyd and partners have developed and build an orphanage in El Salvador which is currently meeting the basic needs of some 160. Over the years he and Karen have personally sponsored a number of the children.

Previously Lloyd has served as a board member of Maranatha International Volunteers. This 40 old year organization has constructed urgently needed buildings in 63 countries . Thousands of orphanages, hospitals, clinics, churches, schools and homes have been built using virtually all volunteer help.

More than 30 years ago Lloyd founded and is currently the CEO and Chairman of United Builders, Inc. This specialty contractor grew into a multinational company with operations in twelve states. He is currently a board member of Design Builders of Montana and AviBree Real Estate Holding, Inc. Also he serves on the board of the Grand Canyon State Bank.

He is father of two grown children and is a proud grandfather. He has served his community as a Reserve Deputy and was the first reserve officer to train and certify a K-9. He also is a jet pilot and has totaled more than 5000 hours flying time in assorted aircraft.

In addition to their philanthropy, he and Karen enjoy travel, sports, and of course, the grandchildren.