Judge Orders C.H.P. to Return 60 Pounds of Marijuana to Defendant 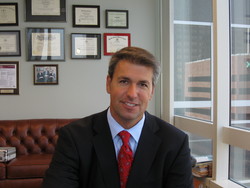 "Medical Marijuana is the new frontier. Attorneys must break free of their paradigm and recognize that Marijuana is an asset, it is legal medicine, and when law enforcement seize it, they should file a motion to get it back." Glen T. Jonas

On December 9, 2008, Saguro Doven was stopped by the C.H.P. for a traffic infraction on the 101 Freeway in Los Angeles. The Officers conducted a search and found sixty pounds of marijuana in his vehicle. Mr. Doven was charged with possession of marijuana for sale and transportation of marijuana in violation of Health & Safety Code Sections 11359 and 11360, exposing him to a potential state prison sentence of 4 years, 8 months..

On November 12, 2009, defense attorney Glen T. Jonas argued in a motion to dismiss, that preliminary hearing Judge Ricciardulli failed to apply the Medical Marijuana Program Act. Judge Sterling in ruling on the motion to dismiss, stated the prosecutor’s “expert wasn’t an expert”. Judge Sterling further stated , “I don’t see how anybody would entertain a strong suspicion that he had the stuff to sell.” P118:L26-28. Judge Sterling reversed Judge Ricciardulli’s preliminary hearing order and dismissed the possession for sale count.