Hamrick Software, the developer of VueScan, the world's most widely used scanning software, adds support for an additional 80 scanners to keep up with the demand from Windows 7 and Mac OS X 10.6 (Leopard) users. 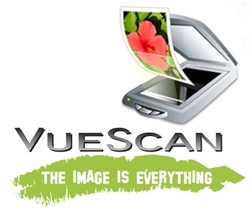 "With the release of Windows 7 and Mac OS X 10.6 (Leopard) our business has grown significantly. Many customers realize they don't need to buy a new scanner, and can use their existing scanners with VueScan."

Hamrick Software, the developer of VueScan, the world's most widely used scanning software, has released it's latest version 8.6 - with more than 65 improvements and features added, 110 problems fixes and 80 additional scanners supported in the last 12 months,

"With the release of Windows 7 and Mac OS X 10.6 (Leopard) our business has grown significantly. Many customers realize they don't need to buy a new scanner, and can use their existing scanners with VueScan. It is nice to see VueScan meeting new needs, since many scanner manufacturers haven't supported their older scanners on Windows 7 or Mac OS X 10.6 (Leopard)." says Ed Hamrick, President of Hamrick Software.

VueScan 0.1 was first released in 1998 with support for a single scanner on Windows only. Within 5 years VueScan supported more than 400 scanners, and had acquired a good reputation through word of mouth. After 11 years of development, VueScan now supports over 1200 scanners on 3 operating systems, has been downloaded more than 5 million times, and is the scanning program of choice for more than 170,000 customers worldwide.

"We have many small but clearly defined features that make a world of difference for many of our customers. Some features are for photographers, some for people working with thousands of scans, some are for beginners who have never used a scanner. We've also worked hard to support scanners that manufacturers don't support any more, and it is clear that this is paying off as more and more people turn to us for support. says Ed Hamrick.

VueScan is available for Mac OS X, Windows and Linux. VueScan offers a full range of advanced features; including options for scanning faded slides and prints and automatically adjusting images to optimum color balance that reduces the need to manually do it in Photoshop. It includes built-in IT8 color calibration of scanners, producing colors that look true to life, batch scanning and other advanced and powerful scanning and productivity features, including PDF output.

For a detailed listing of VueScan features, see:

Based in Phoenix, AZ, Hamrick Software was founded in 1991. Its first product was VuePrint, an easy to use JPEG viewer for Windows that for many years was the recommended image viewer for AOL, with more than 100,000 users. In 1998, the company first released VueScan, a program for scanning with flatbed and film scanners, there are now more than 170,000 users all over the world.