Most people know that 2010 represents a terrific opportunity for Roth conversions. However, Michael Reese, founder of Centennial Wealth Advisory and author of The Reese Report, cautions that there are a few simple tax secrets that can save thousands for those who are planning to convert. 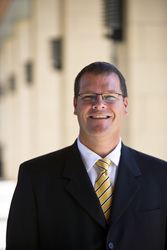 Most people know that 2010 represents a terrific opportunity for Roth conversions. Starting this year, anyone, regardless of income, can now convert their IRA (or other qualified retirement plan) into a Roth IRA. Prior to now, income had to be below $100,000. Additionally, individuals can choose to defer the tax on their conversion over the 2011 and 2012 tax years equally.

However, Michael Reese, founder of Centennial Wealth Advisory and author of The Reese Report, cautions that there are a few simple tax secrets that can save thousands for those who are planning to convert:

Who wouldn't want their IRA to be completely tax-free? It's as good as it gets!

But the problem, of course, is a current IRA (or other qualified retirement plan) has not had any tax paid on it yet. So if someone wants to convert that to a Roth, they have to pay tax on the entire amount as though it was distributed. OUCH!

But that's where the special tax deferral rule comes into play.

Here's where that can be really helpful.

But if they re-characterize, they won't owe any tax. Then, in January 2012 (the following year), the person can convert it to a Roth again and will only owe tax on the lower $75,000 value.

With this in mind, investors would be wise to convert their IRA to several Roth IRA's. Perhaps as many as one Roth for each investment holding.

Afterwards, all the Roth accounts can be combined into one for simplicity, or kept "as is" if desired.

About Michael Reese and Centennial Wealth Advisory
Centennial Wealth Advisory, with offices in Traverse City, Michigan, is a leading financial advisory firm. The company is headed by president and founding principal, Michael Reese, CFP®, CLU, CHFC. Mr. Reese has been assisting his clients achieve their financial objectives since 1995. He holds over a dozen licenses and designations and is an instructor of the “IRA College,” a class for financial advisors who want to learn more about tax planning with IRAs. Mr. Reese is also the author of the upcoming book, Retire The Lies: Uncovering The Truth About Retirement Strategies (working title – slated for release in summer 2010). Centennial Wealth has successfully protected its clients against market losses in 2008, and has made money for them in 2009, with client portfolios higher than ever before. For additional information, visit http://www.cen-wealth.com.

Centennial Wealth Advisory, LLC is a Registered Advisory Firm with the State of Michigan. This news release is for information only and is not an offer to sell or invest in securities. Please refer to all appropriate prospectuses prior to any investment. Investments can, and do, lose money.