According to The Universe Says Press™, the spiritual significance behind this week’s earthquake in Haiti is vast and far reaching. 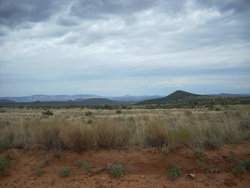 Haiti's tragedy has made many people think about how they should respond to tragedy. It will be interesting to see how people integrate this lesson into their daily lives.

According to The Universe Says Press™, the spiritual significance behind this week’s earthquake in Haiti is vast and far reaching.

While Pat Robertson has been reported saying that the Haitian populace’s interest and dealings with Satan can explain this tragedy, Shaman Lawyer Vincent Presti has another perspective.

“Tragedy of this magnitude indicates that there is a major shift coming to the Western Hemisphere. We are not immune to the suffering taking place in Haiti. This earthquake is only a precursor of things to come. We will see far greater tragedies in the months to come,” according to Shaman Lawyer Vincent.

Shaman Lawyer Vincent has had the following visions in response to the Haitian earthquake and the current energies in his vision:

First, there will be a terrorist attack in the United States sometime around March 22, 2010.

Second, there will be two more major earthquakes between Hawaii and California in the next six weeks.

Third, there will be a major military attack against U.S. navy vessels sometime before June 2010.

Fourth, the world economy will continue to falter and a major European bank, probably French, will practically collapse prior to government intervention.

Fifth, the world will suffer a major loss as one of its most beloved leaders will pass.

Sixth, there will be an announcement that the Roman Catholic Church will reconcile with the Eastern Orthodox Church around Easter.

Seventh, the Republican Party will regain control of the U.S. Senate at the next election.

Eighth, the American troops will need to withdraw from Iraq before Christmas 2010.

Ninth, there will be a major discovery between minerals and cancer treatment.

Tenth, new army commanders deployed around the world will challenge President Obama’s role as commander-in-chief in an unprecedented gesture.

The Universe Says Press notes that these predictions were brought forth through the good will of people responding to this tragedy in Haiti.

Shaman Lawyer Vincent notes, “Haiti’s tragedy has made many people think about how they should respond to tragedy. It will be interesting to see how people integrate this lesson into their daily lives.”

Founded in 2009, The Universe Says Press™ is a portfolio member of I Wanna Be On® Media, the pioneering Celebrity Image Incubator Platform.

Our Editor-in-Chief, Shaman Lawyer Vincent Presti, is an I Wanna Be On® Packaged Personality.

For additional information, you can visit http://www.theuniversesays.com, send an e-mail to info(at)theuniversesays(dot)com, or contact our Editor directly at 212 924 3901.