Some of the best kickers and punters in the country gathered to learn and compete in front of the nation's top kicking instructors. The National Combine Series is comprised of expert kicking coaches with NFL and College experience including, Michael Husted, Louie Aguiar, Mike Hollis and Billy Cundiff. 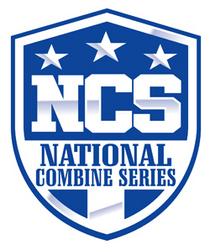 Having all of our expert coaches in one location to instruct and evaluate the top prospects is a very important aspect for our organization.

In the College Division, Class of 2010 kicker Sean Ianno of Pflugerville, Texas led all field goal kickers in the opening round by connecting on 9 of 10 field goals with a long of 52 yards off the ground. “Sean has a calm demeanor yet is a fierce competitor. He will be a great strength for any team out there,” says Chris Shaw of Texas based Kick Nation. The top 16 kickers moved on to a head to head competition where James Devens of Vienna, Virginia showed great consistency and took top honors by going 6 of 6 with a long of 50 yards off the ground. “James is a bona-fide DI prospect ready to go. Good on kickoffs and punts as well," says Lee McDonald of Special Teams Solutions, headquartered in New Jersey. On kickoffs, Austin Brasher of Edmond, Oklahoma displayed a powerful leg in averaging 68 yards and 3.8 seconds of hang time in round one from a one inch block. “Austin has made strong progress and his hitting the ball extremely well. Easily a D1A, BCS, prospect. Also doubles as a solid punter,” says Michael Husted, Director of the National Combine Series.

Brasher went on to win the head to head competition as well with a 70 yard, 3.7 hang time kick off average. Among class of 2010 punters, JUCO prospect Scott Miller of San Diego, California displayed great form in averaging 48 yards and 3.8 seconds of hang time per punt in round one. “Scotty relies on his exceptionally smooth stroke to be very consistent," says California based Lance Ortega of College Prep Kicking Academy. Cameron Frosch of Rowlett, Texas stepped up to win the head to head competition with a 46 yard and 3.8 seconds hang time average. “Cameron demonstrates good consistency and leg strength on both field goals and punts. He is a solid student-athlete that has developed into a top prospect,” says Chris Shaw.

Class of 2011 kickers Hayden Ross of Los Angeles, California and Miller Snyder of Charlotte, North Carolina tied for the lead in the Varsity Division opening round field goal competition. Each hit 9 of 10 field goals with a long of 52 yards from a one inch block. “Hayden demonstrates nice height and accuracy on his field goals. He is a consistent kicker who will continue to get stronger," says Michael Husted. Dan Orner of North Carolina based Dan Orner Kicking had this to say about Miller Snyder: “He has great form and technique with a very live leg. Great up and coming kicker for 2011.” Mitch Bredberg of Grand Rapids, Michigan had ice in his veins on his way to winning the head to head field goal finals going 5 of 5 with a long of 50 yards from a one inch block. “Mitch has very good technique and his accuracy is outstanding,” says Chris McInally of Michigan’s Top Recruit Kicking. On kickoffs, Lawson Furr of Winston Salem, NC blasted his way to the top in the opening round with a 64 yard, 3.9 second hang time average from a one inch tee.

“Lawson has made huge strides and displays a strong leg and good consistency,” says Dan Orner. However, Matt Wile of San Diego, California led the charge in the finals with a 67 yard, 3.8 seconds hang time average from a one inch tee. “No college is off the table; Matt will be one of the top ten recruits in the nation by the end of his high school career,” says Lance Ortega. Among punters, Michael Branthover of Dayton, Maryland stole the show in both the opening round (45 yard, 3.9 second average) and in the finals (47 yard, 4.2 second average). “Michael is a legit DI scholarship prospect with a strong leg and tons of upside. Look for him to be a polished combo product in 2010," says Lee McDonald.

In the Junior Varsity Division, Class of 2012 kicker Brooks Abott of Jacksonville, Florida was a perfect 10 of 10 on field goals with a long of 42 yards from a one inch block. “Brooks is a tall kicker/punter with a strong leg. Very coachable," says Mike Hollis of Florida based ProForm Kicking Academy. Brad Pinion of Concord, North Carolina won the finals after connecting on 6 of 8 field goals with a long of 40 yards from a one inch block. “Brad is one of the best in his class! Gets great height on field goals and his kickoffs are already out the back of the endzone,” says Dan Orner. On Kickoffs, Adam Griffith of Calhoun, Georgia crushed the long ball in averaging 65 yards and 3.8 seconds hang time per kick. “Adam is a young, strong, and accurate kicker with great mechanics. He has the ability to hit the end zone on kick offs and to hit field goals past 50 yards,” says Marc Feuerbach of Georgia’s Premier Kicking. Brad Pinion once again stepped up in the finals, averaging 65 yards and 3.4 seconds of hang time in winning the head to head kickoff competition. Among punters, Brad Pinion showed he is a jack of all trades in averaging 39 yards and 3.3 seconds of hang time per punt in round one and then winning the finals with a 45 yard, 4.2 seconds hang time average. “Brad’s punting has really taken off in the last year. He is establishing himself as a legitimate combo prospect,” says Dan Orner.

Class of 2013 kicker Jim Cooper of Linwood, New Jersey was flawless in the Freshman Division after going 10 of 10 on field goals with a long of 42 yards from a one inch block. “Jim is well on his way to being a DI recruit. He has a strong leg with a knack for performing well under pressure," says Lee McDonald. Jefferson Lee of New Castle, VA took home 1st place in the finals by making 5 of 5 field goals with a long of 40 yards from a one inch block. “Jefferson shows promise as a 2013 kicker/punter prospect with a good leg, accuracy and poise,” says Dan Orner. Jim Cooper also won round one and the finals of the kickoff competition in averaging 57 yards / 3.3 seconds and 63 yards / 3.5 seconds respectively from a one inch tee. Cooper then proved to be a triple-threat in averaging 34 yards, 3.3 seconds of hang time in winning the opening round of the punting competition. Marion, Georgia’s AJ Wells, however, captured the punting finals by posting a 36 yard, 3.6 second average. “A.J. is a young kicker/punter with excellent mechanics,” says Marc Feuerbach.