Chicago LASIK surgeon undergoes Monovision LASIK procedure due to his confidence in the safety and precision of modern LASIK techniques. 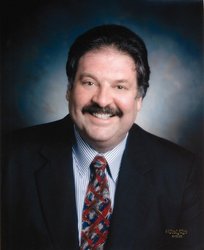 Today’s technology in refractive surgery has really improved the safety of this procedure, and has been a real comfort to my patients. It’s a large reason why I am getting this done for myself.

Dr. Mark Golden, one of the top LASIK surgeons in the Chicago area, has chosen to undergo LASIK surgery. Dr. Golden, owner of
Doctors For Visual Freedom Laser Center, will have Monovision LASIK performed to improve his distance vision, while maintaining his near vision.

Dr. Golden will have the surgery at the 20/20 Institute in Indianapolis, where Dr. Golden was a starting surgeon.

"Like any LASIK patient, I am very excited about my procedure," says Golden. "Today's technology in refractive surgery has really improved the safety of this procedure, and has been a real comfort to my patients. It's a large reason why I am getting this done for myself."

Dr. Golden has been performing LASIK surgery for a number of years and has performed more than twenty-thousand procedures. He has also performed laser vision correction surgery on several members of his family, including his wife.

"I chose Monovision LASIK because of the level of safety in this procedure and because I wanted to keep my near vision. I really wanted to avoid the immediate need for reading glasses, which can be common for bi-lateral LASIK (both eyes) patients in my age range," says Golden.

The 20/20 Institute utilizes the most advanced LASIK techniques and technology in the field. Their surgeons have all received extensive training in laser eye surgery and have performed thousands of similar refractive procedures on other patients.

About Dr. Mark Golden and the 20/20 Institute

Dr. Mark Golden is one of the premier LASIK surgeons in the Chicago, Illinois area. His practice, Doctors for Visual Freedom, has two offices - one in Chicago and one in Arlington Heights. Dr. Golden has more than two decades of experience performing refractive surgery procedures, and he has lectured extensively at ophthalmology and optometry meetings held by organizations including the American Society of Cataract and Refractive Surgery (ASCRS) and the American Academy of Ophthalmology (AAO). You can learn more about his practice by visiting his website at http://www.doctorsforvisualfreedom.com/.

With three offices in Indianapolis, Denver, and Portland, the 20/20 Institute has developed a reputation as one of the premier LASIK providers in the country. Their Denver practice is the official LASIK provider for the Colorado Avalanche. You can learn more about the practice by visiting their website at http://www.2020institute.com/.