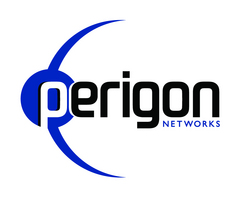 "A perigon is a 360-degree angle, or complete circle," Valenti explained. "Thus, the name Perigon Networks better reflects our company's mission to offer a complete range of DotNetNuke hosting services."

DotNetNuke was founded in 2002 as an open-source Web content management platform for building Web sites and Web applications on Microsoft.NET. Two years later, Tony Valenti founded PowerDNN with only one server and a single customer.

The company expanded significantly in 2005 when John Grange joined the team. After meeting with Valenti and hearing about Power DNN's mission and internal infrastructure, John was so intrigued that he started volunteering his time to learn about DotNetNuke and to analyze PowerDNN's business model.

Within months, at Grange's suggestion, PowerDNN expanded its product line to include dedicated servers and virtual servers. Soon after that launch, Grange joined PowerDNN on a full-time basis and took over the majority of PowerDNN's sales management.

PowerDNN has been serving the international DotNetNuke community since 2005. Its focus has been on reaching users in need of high-end services and support, as well as servicing organizations ranging from small businesses to Fortune 500 companies to the federal government.

"We are always pushing the limits of what our company can do," Valenti said.

About PowerDNN
Founded in 2004, PowerDNN.com is the complete DotNetNuke DNN Hosting provider, servicing organizations ranging from small businesses to Fortune 500 companies to the federal government. Specializing in high-reliability, business-critical DotNetNuke solutions, PowerDNN is the clear choice of business and technology experts who demand exceptional customer service and enterprise engineering support for DotNetNuke. Additional news and information about the company is available at powerdnn.com.