2 BigHearts Board Announces Addition to Board of Directors: Michael Unetich 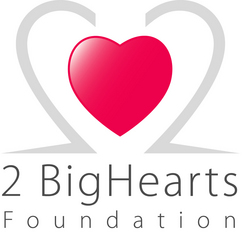 I appreciate everything that the Foundation is striving to accomplish and believe strongly in their mission to help save the lives of women who may not know that they're suffering from heart disease.

The new board member is Michael Unetich of Chicago, Illinois. He has joined 2 BigHearts to help them on their mission to increase awareness that heart disease is a woman’s number one health care risk — taking more lives than any other disease.

Mr. Unetich, president and founding partner of TickIt Trading Systems and an independent trader in Chicago, had known the real life two big hearts, Gigi Clarke and Sally Czechanski, and has been a very active participant in the Foundation’s early efforts.

“It is an honor to be asked to be on the Board of the 2 BigHearts Foundation,” Mr. Unetich explains. “I appreciate everything that the Foundation is striving to accomplish and believe strongly in their mission to help save the lives of women who may not know that they’re suffering from heart disease. “I am thrilled to have Mike join the Board,” says Jim Clarke, board president and husband of Gigi Clarke. “Both Mike and his wife, Margaret, were very good friends of Gigi and Sally and very supportive of the Foundation. Mike will add a great deal to our important cause.”

2 BigHearts was founded in 2004 after the two sisters, Gigi Clarke and Sally Czechanski, each suffered a fatal heart attack, from the same undiagnosed heart condition, on the same day and died 90 minutes apart. 2 BigHearts funds free, highly comprehensive heart screenings for women and fights to see such rigorous testing become the industry standard. To date, the foundation has funded more than 1600 screenings. The eye-opening results from their testing have helped raise awareness among both women and the provider of women’s health care.

For more information on the 2 BigHearts Foundation or to make a donation, visit their Web site: http://www.2bighearts.org.