Julie Coons, ERA’s president and CEO speaks out against bill. 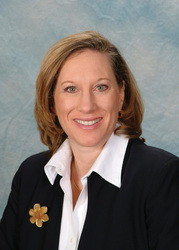 This misguided Internet tax scheme constitutes a heavy blow to online retailers by imposing significant new costs and regulatory burdens as they struggle to survive in these harsh economic times.

Julie Coons, the president and CEO of the Electronic Retailing Association (ERA), made the following statement regarding the introduction of H.R. 5660, the effort from Congressman Bill Delahunt (D-MA) to force online retailers to collect tax on Internet sales. H.R. 5660 would allow the 24 states who have adopted the “Streamlined Sales and Use Tax Agreement” to require out-of-state sellers to collect tax, whether they have a physical presence of any kind in the state or not.

“This misguided Internet tax scheme constitutes a heavy blow to online retailers by imposing significant new costs and regulatory burdens as they struggle to survive in these harsh economic times.”

“ERA and its collective membership strongly urge Congress to protect Internet retailers, both large and small, as well as other online businesses from these efforts and continue their support of our entrepreneurial work to create jobs and help stabilize the economy.”

Currently, remote retailers are only required to collect sales tax from out-of-state customers only if they have a physical presence such as a store. Under the 1992 U.S. Supreme Court Quill v. North Dakota decision, the court found that the 45 state and 7,600 local sales tax systems across the country were too complicated for a retailer realistically know how much tax to collect and remit.

About the Electronic Retailing Association
Representing a more than $300 billion market, the Electronic Retailing Association (ERA) is the only trade association in the U.S. and internationally that represents leaders of the direct-to-consumer marketplace, which includes members that maximize revenues through electronic retailing on television, online and on radio. ERA strives to protect the regulatory and legislative climate of direct response while ensuring a favorable landscape that enhances e-retailers' ability to bring quality products and services to the consumer. ERA members include some of the industry's most prominent retail merchants, including Allstar Products Group, eBay, Discovery Communications, Gaiam, Google, Guthy-Renker Corporation, HSN, Oak Lawn Marketing, Telebrands, ShopNBC and Thane. For more information about ERA, please visit http://www.retailing.org.