HotelTravel.com is launching a comprehensive event guide catering specifically to Formula 1 fans. The website’s new F1 guide pages are packed with original feature articles found only on HotelTravel.com, covering everything from the history of each Formula 1 race to modern track tactics, gorgeous grid girls and some of the best hotel deals on the planet. 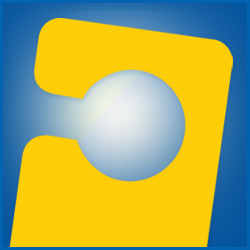 Our F1 event guides are designed with the needs of Formula 1 fans in mind, whether they are travelling to races in their own country or overseas.

HotelTravel.com launches its new action-packed Formula 1 event guide this week in time for the British Grand Prix, providing F1 supporters with the inside track on the world’s most popular motor sport plus fantastic hotel rates in race destinations.

According to HotelTravel.com CEO, Blair Speers, the British Grand Prix’s long history and its association with the country’s historic Silverstone circuit made this week’s launch of the company’s new Formula 1 event pages even more compelling.

“We are delighted to launch our F 1 event guide in time for the
British Grand Prix. Historically it is one of motorsport’s signature events, often providing high drama right in the middle of the Formula 1 calendar.

“Our F1 event pages are designed with the needs of Formula 1 fans in mind, whether they are travelling to races in their own country or overseas. Only on HotelTravel.com can they get the latest race information and find the best rates on accommodation near key race venues,” Mr Speers, added.

HotelTravel.com has also created unbelievable promotional deals for hotels in Milton Keynes, the closest area to the Silverstone Circuit, with rates starting from as low as only EUR 42 per night.

Mr Speers said: “We are very excited about the rest of the 2010 Formula 1 season. HotelTravel.com wants to become a primary resource in the world of F 1; especially for customers looking for the great hotel rates near the Silverstone circuit, or at either the upcoming German Grand Prix or Hungarian Grand Prix.”

About HotelTravel.com
HotelTravel.com is a leader in worldwide hotel bookings and a pioneer in online customer service, providing the inside track to the best deals and discounts for hotels in more than 100 countries. Founded in 1999, the company’s multi-lingual website offers eight languages – English, Chinese, Japanese, French, German, Spanish, Italian, and Korean – supported by a 24-hour customer service centre staffed by native speakers in each language. The company employs over 300 staff with offices in Thailand, Malaysia and China.