Merely 2 months after going live, the company raises USD 1 Million from Rebate Networks, enabling it to further extend its market dominance in Singapore and Malaysia. 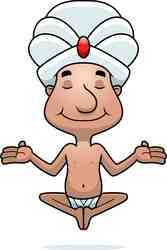 Dealguru Holdings, having launched the first daily deal websites in Singapore and Malaysia, has closed an investment round of USD 1 Million. The investment was led by Rebate Networks GmbH. Rebate Networks invests into leading daily deal and couponing websites in Europe and Asia, such as the Chinese market leader http://www.Lashou.com and the Japanese http://www.Piku.jp.

Deal.com.sg launched in Singapore in early May 2010, followed by MyDeal.com.my in Malaysia on 31st of May, 2010. The websites match buyers and sellers in an exciting win-win situation. While consumers enjoy great deals and share them with family and friends via word-of-mouth and viral marketing, merchants gain new customers and publicity at zero risk.

“Rebate Networks is a leading investor into daily deal sites across Europe and Asia,” explains Patrick Linden, CEO and co-founder, “We’re honoured to have Deal.com.sg being included in their portfolio and excited about the synergies with the market leaders, especially in the other Asian markets such as China and Japan.”

“With Deal.com.sg and MyDeal.com.my, we have invested into the leading daily deal platforms in Singapore and Malaysia, in terms of user base and reach. With a proven management track record and rapid growth within a short timeframe, we see Deal.com.sg and MyDeal.com.my as the leading players in an e-commerce segment which is here to stay,” says Michael Brehm, CEO of Rebate Networks.

Within the next 3-6 months a substantial growth in terms of user, deals and partners can be expected. “Having achieved this major milestone, we’ll be able to massively scale up our sales force, marketing efforts and develop Deal.com.sg further for increased customer satisfaction,” adds Jan Croeni, COO and co-founder.

About DEAL.com.sg
DEAL.com.sg launched in May 2010 in Singapore, is a lifestyle shopping platform which offers the best daily deals for dining, leisure and entertainment. Backed by Rebate Networks GmbH, a leading investment group behind daily deal websites, Deal.com.sg expanded its operations to Kuala Lumpur, Malaysia, on 31st of May 2010.

DEAL matches buyers and sellers in an exciting win-win situation. While consumers enjoy great deals, merchants gain new customers and publicity at zero risk. The company plans to expand across major cities in SEA within the next 3-6 months.

For more information and the best deals in Singapore and Malaysia, please visit http://www.DEAL.com.sg and http://www.MyDeal.com.my.