The Bollywood Ticket: The American guide to Indian movies is launching a monthly entertainment newspaper in September. 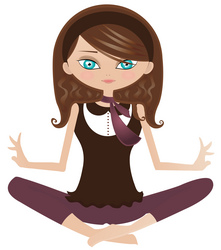 The Bollywood Ticket: The American guide to Indian movies is launching a free monthly newspaper in September that will be distributed to Bollywood movie theaters and Bollywood dance studios throughout the U.S. as well as to South Asian retailers and restaurants throughout metropolitan Chicago.

The Bollywood Ticket was launched online at http://www.thebollywoodticket.com in September 2009. We look at Hindi films from an American perspective, helping U.S. fans--Desi and non-Desi alike--explore India's fascinating cinema with relatable news, reviews, and commentary.

The Bollywood Ticket targets South Asians as well as other Americans with a strong interest in South Asian culture and entertainment. Our readers are an attractive and underserved marketing demographic.

Hindi cinema is so popular with the South Asian diaspora that Bollywood often makes movies specifically for this lucrative market. And yet, no American media outlet covers Bollywood, the largest film industry in the world, in any significant way--until now.