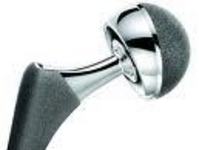 Published reports have stated that the DePuy ASR metal-on-metal implant has a higher failure rate that other similar devices and that wear of the metal-on-metal interface can create metal debris causing inflammation of surrounding tissue, pseudo-tumors and loosening of the implant, in addition to pain, and some orthopedic specialists have said they beleive the DePuy ASR hip replacement device has a design flaw and is prone to problems. The New York Times, With Warning, a Hip Device is Withdrawn, March 10, 2010.

Depuy Orthopaedics issued an Urgent Safety Notice to doctors in March 2010 warning of high revision rates with the DePuy ASR Hip Replacement system and also announced that it was withdrawing the DePuy ASR hip implant from the market at the end of 2010. However, DePuy did not recall the device at that time, instead admonishing surgeons that surgical technique and patient selection were essential to achieve optimal implant performance and survivorship. DePuy Urgent Field Safety Notice dated March 8, 2010.

The July 17, 2010, recall of the DePuy ASR Acetabular cups is an apparent change of position by DePuy Orthopaedics. The stated reason for the recall is notification to clinicians of new revision rate data/information regarding use of the DePuy ASR devices. However, the recall notices refers to the information in the Urgent Safety Notice DePuy issued in March 2010, and no explanation why DePuy waited five months to issue a recall of the devices is offered.

Gregg J Borri Law Offices, with more than 20 years of experience with product liability lawsuits, is evaluating claims of persons with implanted DePuy ASR hip replacements that experience pain and complications. Visit our website at http://www.Depuy-ASR-Hip-Implant-Lawyer.com for a description of the problems being experienced by persons with defective DePuy ASR hip replacements, news concerning the unfolding story, or to submit an email request for consultation or call 1-(888)-444-2336 for a free consultation.