The increase in unemployment among those 45 and was significantly above the increase in the national average leaving many concerned about their futures. 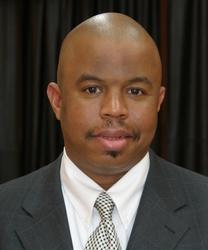 “Admitting and dealing with fear is a major key to overcoming obstacles in the repackaging process,” says Quinones.

The unemployment rate rose slightly in August but rose significantly for older Americans. According to the Bureau of Labor Statistics, unemployment for those 45-54 rose from 7.5 to 8.1% and 55+ from 6.9 to 7.3% in the month. That's up 131% and 135% respectively, compared to 96% overall, since December 2007. Since December 2007 over 40% of the new unemployed are between the ages of 35 and 54. In addition, nearly 20% of the new unemployed are 55 years of age or older. Currently, there are more unemployed workers over 35 than there are under 35 for the first time in U.S. history. And due to age and other factors it is also much tougher for older Americans to find employment once they’ve lost their jobs. This makes future employment and retirement much more tenuous.

Many older Americans are stuck trying to make it in a world where the old rules no longer work. As a result, midlife transition expert Anthony Quinones says the future looks bleak. “If you lose your job in your mid-40’s or early 50’s you may be too old to get that job paying what you were making but you’re too young to retire. So what do you do? The old paradigm no longer works so we have to create our own paradigms to sustain us,” says Quinones.

Most people have been forced to change but go about it the wrong way. Quinones says that many older Americans are in denial. “They want to change but they don’t want to assess where they are because they are afraid of what they may see.”

First, one must look at the foundation of their life and strengthen it before they can build on it. Part of that foundation is dealing with fears. “Admitting and dealing with fear is a major key to overcoming obstacles in the repackaging process,” says Quinones.

Quinones believes that anyone looking to change their career, their business or their life can benefit from his coaching services but his primary target is those 35 and older who have been adversely affected by the recession. He outlines five areas to examine in your current package and a five-step process to repackage yourself. His goal is to give older Americans hope without disillusioning them. Despite the facts Quinones believes there is hope for this generation with a little soul searching. “We have a lot to give. We just have to look inside of ourselves and use the gifts, talents and expertise we already have to get unstuck and overcome.”