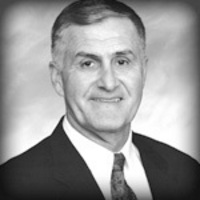 General Shelton gives us tremendous insight into military operational procurement strategies. His thoughts and advice will be vital to ensuring WT Tactical is well positioned for future success.

Wild Things, LLC, the maker of sophisticated technical outerwear for the US Military, Law Enforcement and Consumer markets, announces that General H. Hugh Shelton has joined Wild Things as Chairman of the WT Tactical Board of Advisors. General Shelton served as the 14th Chairman of the Joint Chiefs through two consecutive two-year terms, retiring in 2001. During his tenure, General Shelton worked tirelessly on behalf of service members, their families, and military retirees by championing a number of landmark quality of life initiatives, including the largest military pay raise in 18 years, pay table and bonus reform, and critical improvements in both retirement and healthcare programs.

“General Shelton has served his country with great distinction over the course of his career. It is a great privilege to have an officer of his caliber on our Advisory Board,” said James M. Gould, Chairman of the Board of Directors of Wild Things and Managing General Partner of The Walnut Group, a private equity fund and the majority owner of Wild Things, LLC.

Founded in 1981, Wild Things has earned a reputation for sophisticated, tough, lightweight technical outerwear, alpine-style backpacks, haul-bags, and innovative tactical clothing. Chosen for the world’s most demanding conditions by the world’s most demanding users, Wild Things, LLC manufacture its products in the USA under two divisions — Wild Things for the outdoor enthusiast and WT Tactical for the unique needs of the military and law enforcement communities. In addition to the design studio and executive offices located in Newport, Rhode Island, Wild Things operates a retail store and second design studio in North Conway, New Hampshire. Wild Things products are available online at http://www.wildthingsgear.com, the North Conway retail store, and from select distributors.