The Forestry Division of the Ministry for Agriculture and Food, Forestry and Fisheries of the Kingdom of Tonga, in collaboration with CLIMsystems Ltd. of New Zealand, hosted a training workshop for technical officers of the Ministry for Environment and Climate Change, MAFFF and the Meteorology Department, to utilise and apply TongaSimCLIM and compatible PlantGro, enabling the examination of impacts and adaptations to climate variability and change in ‘Eua island and other parts of Tonga. 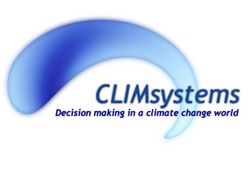 Last month, the Forestry Division in the Ministry for Agriculture and Food, Forestry and Fisheries of the Kingdom of Tonga, hosted a workshop that linked Tonga with CLIMsystems, the developer and service provider of a special version of SimCLIM called TongaSimCLIM. The software has been customised for use by Tonga with a local, very high resolution (30 metre) digital elevation model for the islands of Tongatapu, Vava’u, Ha’apai and Niuatoputapu, and climate and other data specifically collected for application in the Pacific Island Kingdom. The training and provision of software to Tonga was financially supported by the SPC/GTZ Programme on Adaptation to Climate Change in the Pacific Island Region (ACCPIR). ACCPIR is supporting Tonga in the development of effective land use planning processes, adaptation strategies, and supporting databases to allow the land-based sector to better cope with climate change. This is carried out in close collaboration with the Ministry of Environment and Climate Change (MECC), the Ministry of Agriculture and Food, Forests and Fisheries (MAFFF), the Ministry of Lands, Survey and Natural Resources (MLSN), and the Meteorology Department. Tonga’s Initial National Communication in response to its commitment under the United Nations Framework Convention on Climate Change (UNFCCC) states the need to enhance institutional capacity as a national response to climate change.

The combination of rising sea levels, ocean acidification, sea surface temperature changes and exacerbated extreme events such as droughts and heavy localized rainfall events are just some of the more visible examples of global environmental change occurring across the region. Smaller, incremental changes in the underlying climate also impact on day-to-day activities such rain water harvesting. Salt water intrusion, degradation of the fringing reef, problems of freshwater supply during extended droughts, vector borne disease outbreaks during extended periods of wet weather and flooding during extreme rainfall events could become more prevalent. These can be linked to increasing temperatures and shifts in precipitation regimes that are starting to exceed sensitive thresholds.

GTZ contracted CLIMsystems to provide not only a customised modelling system for the island kingdom but also technical training on implementing its application. An enduring relationship has been formed and is based on excellent communication between the Tonga team with representatives from Agriculture, Forestry, Environment, MET-office, and other specialist areas. The Workshop of October 2010 saw the handing over of several new tools and specific training in a range of applications. One of the most helpful developments for the Tonga team was the turning over of a high resolution TongaSimCLIM that included 21 general circulation models, tools for generating ensembles, analysing extreme weather events, and running rainwater tank simulations which include the application of climate change scenarios. The latter showed that although the annual precipitation will increase in Tongatapu as a result of climate change, dry periods will actually get drier. Also included in the turnover was a customized version of PlantGro so that the Agriculture group can explore possible alternative crops and trees for islands in the Kingdom.

Another important activity completed during this visit enabled sea level data to be analysed using TongaSimCLIM and other software products developed by CLIMsystems. The TongaSimCLIM sea level rise scenario generator is the only climate impact assessment tool of its kind that considers local trends in sea level rise in combination with vertical land movements, over time, in its computation of potential sea level rise scenarios. During the workshop Tonga data from Australia’s National Tidal Centre and the TOPEX/POSEIDON (T/P) satellite programme for the past 17 years were analysed for trends. The derived figures of 9.21 mm a year for the tidal station and 6.29 mm a year for the satellite data led to the conclusion that the area around the tidal station is sinking at a rate of 2.92 mm per year.

By 2100 a possible sea level rise of 952 mms for Tongatapu was found when high climate sensitivity was applied to a worse case story line for global greenhouse gas emissions. The worst case from the Fourth Assessment Report of the Intergovernmental Panel on Climate Change for the world is 590 mms. The fact that the area is slowly sinking worsens the real rate of sea level rise. It is important to note that this is just one scenario of possible sea level change and the length of the data record is modest. However sea level rise is not the most critical concern for the reefs of Tonga. On a much shorter time period, sea surface temperatures and, especially ocean acidification, will further impact on the health and vitality of the fringing reef. This has implications for the adaptation planning that Tonga must consider.

The strength behind the TongaSimCLIMmodelling system is the inherent ability to quickly and efficiently construct alternative scenarios based on different assumptions about the future. The range of possibilities and the uncertainty that they represent form the basis for a high quality risk and enhanced adaptation option assessment.

The technical officers from MECC, MAFFF, MLSN and the Meteorology Department will utilise and apply TongaSimCLIM and compatible PlantGro 4.0 for examining impacts and adaptations to climate variability and change in ‘Eua and other parts of Tonga. The built capacity (as identified in a regional planning workshop for the SPC/GTZ ACCPIR-Programme) will help in developing and implementing policies, strategies and plans at all levels and all stages.