Americans Head to the Polls This Week in an Attempt to Chose the Party That Will Help to Lower the National Debt Level. Many Consumers with the Help of Americas Attorneys Have Already Started the Fight Against Debt. 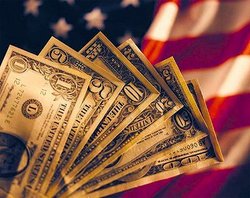 Our debt resolution program aims to provide clients with convenient access to attorneys so their concerns can be addressed quickly.

This week sees one of the most important elections of our lifetime. Many economists suggest that America is at a crossroads. America needs to reduce its national debt and the personal debt held by thousands across the nation.

Prior to election mania Americans were reducing their debt using an attorney based debt resolution program.

George Bowers is a Michigan resident who was a victim of the economy. Without a regular job George found himself using credit cards to survive. George engaged with the Rosen & Winig Law Firm who assist consumer in debt. Rosen & Winig use the software support services of Morgan Drexen, Inc. The debt was rising and George needed help. George says, “I needed everyday essentials such as food, gas and car insurance. My three credit cards caused me great stress. I talked to the attorneys on several occasions and they were very helpful.”

It seems Americans are reducing debt ahead of the politicians they voted for this week.

Karen Hoeg is an attorney at Law based in California. Hoeg says, “Our debt resolution program aims to provide clients with convenient access to attorneys so their concerns can be addressed quickly. Many people are extremely stressed about their adverse financial situations and express relief at being able to speak to an attorney."

Kolton Steed engaged with the Hoeg Consumer law group with just under $6000 in debt. Kolton admits, “we had medical bills and we tried so hard to pay them off ourselves but it was impossible. I had to relocate several times as a helicopter pilot I often have to move around. That didn’t help my financial position. I had such a hard time keeping up with the payments. The legal appointment was very helpful we are handling our finances much better now and we are debt free.”

Robert Gibson an Indiana resident feared his credit would be ruined forever. Robert engaged with the Williamson law firm. “I had to do something creditors were calling on a regular basis. Shortly after signing up they quit calling. That was nice. It’s a rough time for everyone out there right now. Lets vote to bring the money back to America. That’s what the country needs now.”
Media Contact-
Raychel Harvey-Jones
Office- 714 923 1500