Colossal Clothing Big and Tall is Going-Out-of-Business; All Garments Discounted at Least 50 Percent

ColossalClothing.com, a big and tall line made under special arrangement with American Apparel, is closing its doors and offering consumers at least 50 percent off all remaining inventory. 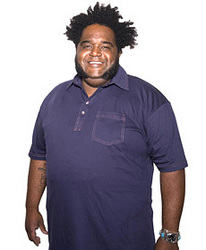 Between the well-known business difficulties at American Apparel and the negative business environment in general, we had no choice but to cease operations

ColossalClothing.com announced today that they are closing by the end of the year. The subtly cool, urban, hip big and tall line, worn by many well known big and tall guys, is made under special arrangement with American Apparel. All online purchases are now discounted by a minimum of 50 percent. Consumers enter the code “FIFTY” into the “Coupon Code” box when checking out to receive the discount, valid on all garments – all tees, polos, hoodies, jackets, tank tops -- all of which are larger versions of the wholesale American Apparel line.

“Between the well-known business difficulties at American Apparel and the negative business environment in general, we had no choice but to cease operations,” said Dave Friedman, Colossal’s CEO. “Getting new garments made at American Apparel became virtually impossible, and without new garments, any fashion line has difficulty moving forward. To our thousands of customers, we offer our sincere apologies, and thanks for their years of loyal support.”

Most sizes and styles are still available, but many have extremely limited quantities, so consumers are encouraged to purchase quickly in order to receive the best selection.

All clothing made in sweat-shop free in downtown Los Angeles