PostHelpers gives your customers an innovative way to promote deals and news from a tab on your Facebook page. 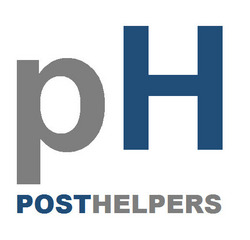 ‘With PostHelpers we can track how our fans are sharing our deals and news across the three major social media platforms,” Says PostHelpers subscriber Dana Zezzo, VP of Sales and Marketing at Protowels, Etc.

PostHelpers, L.L.C. today announced the launch of their new facebook application that helps organizations create a tab on their Facebook page with suggestions for posts. PostHelpers makes it easy for fans to share news and deals on Facebook, Twitter and Linkedin with just a few clicks. Companies can now measure the effectiveness of their messaging strategy with this innovative way to promote deals and news from their Facebook page. With PostHelpers you pay $99/month to create and track suggested posts but it’s free to add the PostHelpers app and use other subscribers content.

“PostHelpers is a pioneering application for businesses and other organizations to take control of their Facebook page” said David Verchere, founder and Chief Executive Officer at PostHelpers, L.L.C. “We are excited about making it easier for organizations to give their fans news and deals to share on Facebook, Twitter and Linkedin.”

PostHelpers charges subscribers $99/month to create unlimited suggested posts on a tab on their Facebook page. Sophisticated analytics show how posts are being shared on Facebook, Twitter and Linkedin.