What do Rachel Ray, Suze Orman and Paula Deen have in common with Allison Maslan? 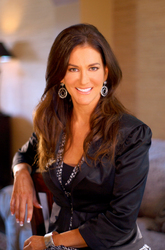 50 Women Entrepreneurs Who Inspire Us.

Self-Made Magazine (http://www.youngentrepreneur.com/self-made-magazine) - a source for motivational, inspirational, and informative business tips - published its latest issue with an impressive selection of “50 Women Entrepreneurs Who Inspire Us.” Among the fifty leading women entrepreneurs that included successful business women such as Rachel Ray (http://www.RachelRay.com) , Suze Orman and Paula Deen is author, businesswoman and homeopath Allison Maslan (http://www.homeopathicwellness.com).

Allison Maslan has been regarded as the most results-oriented, strategic life and business coach in the country. She has not only launched thousands of clients into healthier, happier lives and many into passion- driven businesses of their own, Maslan absolutely walks her talk. For the first time since the start of the economic downturn, people are quitting their jobs to pursue their passions.

Maslan’s latest book, Blast Off! hit number one in the US, Canada and the UK when it launched in 2010.

“My vision is writing my book, Blast Off, has been to inspire as many people as possible to bust open the doors to their dreams and give them the tools to make it happen. Each of my clients has the talent inside of them,” Maslan explains.

“This is a very exclusive list of women entrepreneurs including Flickr’s cofounder Caterina Fake, Arianna Huffington (http://www.HuffingtonPost.com) , Curves’ founder Diane Heavin and Doris Christopher, the “Pampered Chef.” To be included with the highly regarded women listed in Self-Made Magazine’s latest issue is an honor,” Maslan adds.

Publisher Matthew Toren stated that although timeless favorites like Oprah, Martha Stewart and Debbie Fields immediately came to mind when speaking of leading women entrepreneurs, there were hundreds of women from which to choose.

“We wanted to recognize these women for their amazing creativity, dedication and spirit,” said Toren. “We believe that it is the ability to admire and learn from these strong women that keep us all, men and women alike, passionate and focused as we preserve through all of the challenges life throws our way.”

About Allison Maslan
Allison Maslan has been regarded as the most results oriented strategic life and business coach in the country. She has not only launched thousands of clients into healthier, happier lives and many into passion- filled businesses of their own, Maslan absolutely walks her talk.

Starting her first business in college in 1985, Maslan went onto to build eight more successful companies while raising her daughter on her own. She also used her success formula to manifest and marry her soulmate five years ago.

One of Allison’s passions is to fly high on the flying trapeze, which she feels is a metaphor for life and business. Climb the ladder, put your head toward your goal, and jump in with both feet! This is the perfect flight plan to mix inspiration, passion and success.

Her new book, Blast Off! The Surefire Success Plan To Launch Your Dreams Into Reality, was just released in January 2010 and hit best selling lists in the US, Canada and UK. Allison was recently nominated for the San Diego Business Journal’s Woman Who Mean Business Award and is a finalist for the 2010 Ethan Awards given to entrepreneurial authors.