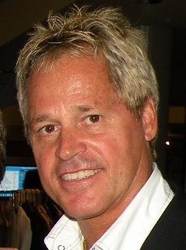 I am honored to have worked with visionary leaders in the apparel and textile sectors throughout my career, but particularly as our company turned toward sustainable production practices

Under his ownership of The Apparel Source, Greensource’ parent company, Basson introduced the first and highly successful organic cotton program to Walmart, becoming one of its largest suppliers of organic knit and woven apparel items and effectively integrating organic cotton into Walmart’s overall sustainability program. Greensource quickly became the world’s 8th largest user of organic cotton, according to Textile Exchange. This happened primarily as a result of large volume sales of organic cotton products produced under its own “Greensource” and “Re-Gen” (‘Recycled Generation’) branded apparel sold at stores like Sam’s Club, Kohl’s and Macy’s, and private-label apparel for Walmart under the “Faded Glory organics” label.

Taking over the reins in January 2011 and continuing the company’s organic cotton leadership will be John Flynn, currently vice president of design and development, and Brady Hill, currently vice president of marketing. Patty Barile, customer service manager, and Mindy Walenceus, production manager, will continue as five percent minority shareholders. Flynn has been with the company since 2004 and Hill since 2005.

“I am honored to have worked with visionary leaders in the apparel and textile sectors throughout my career, but particularly as our company turned toward sustainable production practices,” said Basson. “Greensource is deeply committed to using organic cotton in our apparel lines and we plan to expand the amount of organic cotton and other sustainable fibers even further,” he continued.

Basson has become well known in the apparel world, speaking often on sustainability topics at MAGIC apparel shows, Textile Exchange conferences, Apparel magazine’s annual Executive Forum, as well as key international events. Indeed, Apparel named Greensource a “Sustainability All-Star” in 2009 noting that the company’s “field-to-shelf involvement in creating a more eco-friendly supply chain is particularly focused on keeping toxic pesticides, synthetic fertilizers, and defoliants out of the water we drink, the food we eat, and the air we breathe.”

Basson made sure the apparel made with organic cotton is also certified to the Global Organic Textile Standard (GOTS) and, by selling mostly at big box stores, provides consumers with premium fashion at affordable prices. He has worked closely with partner mills around the world to put in place state-of-the-art water treatment systems, energy reduction programs, and health and education programs for workers and their children in Pakistan.
The Apparel Source has been a design and manufacturing powerhouse for the past 17 years and has worked closely with big box retailers in the USA, Australia, and Canada. The company has offices in Seattle, New York, Los Angeles, Arkansas, Karachi (Pakistan), Mumbai (India), and Managua, Nicaragua.

After a career spanning 39 years in the apparel industry, Basson plans on spending quality time with his family in Southern California.