President Susie Ellis Predicts “Aging-Raging,” An Explosion of Spa Brands, A Liberal Dose of Salt, and Dubs 2011 “The Year of Asia” 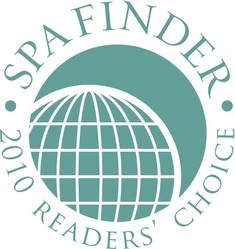 As someone who’s watched the modern spa industry from its infancy, I have never seen the aggregate level of creativity and talent in the field, as wellness, fitness, beauty, design and cuisine are blended in unique new ways...

SpaFinder, Inc., the global spa and wellness resource, today announced its annual spa trend forecast, now in its eighth year. SpaFinder’s Spa Trend Report™ identifies global spa trends that will influence spa experiences for both consumers and the industry in the coming year and for decades to come.

The report is based on analyses from a large team of experts who visit hundreds of day and stay spas each year; interviews with top industry analysts; ongoing research across the spa, travel and beauty sectors; and data derived from SpaFinder’s relationships with over 9,000 spas and salons across the globe.

The Spa Trend Report™ is developed under the direction of SpaFinder President Susie Ellis, who is also the author of an influential blog and column and a contributing editor to NewBeauty magazine. Ellis is credited for being the first to forecast numerous industry “mega-trends” that have taken hold in spas around the world.

“As someone who’s watched the modern spa industry from its infancy, I have never seen the aggregate level of creativity and talent in the field, as wellness, fitness, beauty, design and cuisine are blended in unique new ways, just as the economy begins its upswing,” Ellis says.

Baby boomers are the fastest-growing demographic in the world. In the U.S. alone, 39 million consumers account for nearly $2 trillion in annual spending. This is not lost on spas, which are showing ever-more awareness of the needs of older spa-goers. Modeling after pioneers such as Canyon Ranch, many spas are now beginning to incorporate exercise physiologists, chiropractors, orthopedics and naturopaths who focus on rejuvenation of joints, pain relief and mobility. Thermal bathing is seeing a renaissance, particularly with this growing group, as the benefits of soaking – or santias per acqua – are rediscovered.

But woe is the spa that attempts to label this active, and often affluent, demographic. The days of “over 65” as a catchall category will soon become ancient history. After all, there’s a huge difference between a 70-year-old who plays tennis three times a week and an 85-year-old seeking pain relief.

Asia has had a profound impact on the spa industry: Yoga, Thai massage, Ayurvedic medicine and acupuncture are staples on many spa menus, and the “Zen” nature of Asian design can be seen in spas worldwide.

But historically, it’s been a tale of the mass exportation of Asian spa influences. Now a powerful new story is unfolding: The explosive growth of hotel/spa development within Asia (a market of 4.1 billion people), especially within the two fastest-growing world economies, China and India. These markets and others are developing at a breakneck pace, unleashing extraordinary new class mobility and massive opportunities for hotel/spa development. Consider just two facts: Asia-Pacific has the largest number of spas and hotels under development of any region in the world, and by 2015, China will have 100 million outbound travelers, many seeking a luxury lifestyle that includes a Westernized spa experience.

Stay tuned as the new “Spa Road” runs from China to India and beyond, and hotel/spa developers look to please both tourists seeking authentic ambiance and indigenous treatments and local spa-goers looking for Western-style spa-going.

Healing traditions that involve basking in salt caves or water may be centuries old, but they are truly coming of age in some of the most modern spas. The benefits to skin, breathing and rejuvenation are making salt therapy – or halotherapy – one of the hottest trends to watch in 2011. More than folk tradition is behind the spa-salt resurgence: Clinical trials reveal it’s beneficial for respiratory illnesses like asthma, considered a global epedemic, and skin conditions such as acne and psoriasis.

Spas are finding stylish new ways to recreate the natural salt cave microclimate, infusing salt and negative ions into the air. Some examples have encrusted, stalactite-drenched grottoes (comprised of tons of imported Himalayan salt crystals). With decreased need of a therapist’s involvement, the treatments are attractive to spas from a cost side. Bottom line is that salty is sweet for spas and consumers in the coming year.

Traditionally the province of standalone spas, the industry is moving rapidly in the direction of branded experiences. The year of 2011 will be a watershed year for franchised/branded spas, as consumers seek the consistency of treatments they know and love, and major players expand into new markets.

A stratified market offers consumers choice, and like the global coffee chain Starbucks, a predictable experience wherever they travel. From the cool, urban Bliss or Exhale to the eco-luxury of Six Senses, or the lavish opulence of Mandarin Oriental to Mandara’s more affordable Chevana brand, look to see a brand new world of spa lines going global.

Gone are the days when coupons were unfashionable things people snipped out of the newspaper and spas wouldn’t think of using the term “deal.”

Well, put an “e-” or “group” in front of “coupon,” and you suddenly have the Internet mania of 2010, poised to accelerate at an even more dizzying pace in 2011. Online group-buying deals have burst onto the global scene, and the old-fashioned “deal” has morphed into a hip online industry. With spa and wellness deals a mainstay of generic sites like GroupOn or LivingSocial, it’s a sure sign that spa-going has achieved mainstream traction.

Also, with so many spa deals being blasted into inboxes, an extraordinary effect has been that millions of people are now expanding their spa horizons, trying new spas and experiences they wouldn’t have without the “50%-75% off.”

With savvy marketers backed by hundreds of millions in venture capital, deals will certainly remain a huge deal in 2011, but SpaFinder forecasts change is on the horizon.

Watch for: Consolidation and a “dot-deal” shakeout (on the dot-com model); personalized and spa-specific deals from spa-specific platforms like SpaRahRah; manageable offers that don’t overwhelm spas with customers; deals “on the spot,” thanks to mobile apps; an intense focus on retention of the “deal” customer; and even deal fatigue. Ultimately, having a regular spa appointment with a favorite therapist at a familiar spa will trump the few dollars saved in the deal frenzy.

6. THE SCIENCE OF SPA

Is there scientific proof that massage reduces stress? Are mudpacks and mineral-baths medically proven to alleviate pain? The answer, in many cases, is increasingly “yes.” Get ready for a new era where more questions about the effectiveness of spa therapies will be asked, as the emphasis on evidence-based medicine and the “science behind spa” heats up.

Just a few recent examples: The New York Times reported on a Cedars-Sinai (Los Angeles) study revealing that a 45-minute massage resulted in a significant decrease in stress hormones, while boosting immunity. And an American Journal of Physical Medicine & Rehabilitation article documented the positive effect of mudpacks and mineral-water baths.

A current trend that complements – rather than countervails – the move toward branded spas is the desire for authenticity and immersion in the traditions and elements of a spa’s local environs and culture. A maple scrub in Canada, organic food from the spa garden, or facilities built of local stone, while not new, were, until relatively recently, novelties.

But spas are now trending with the “farm-to-table” movement, offering farm-to-massage-table treatments. Locally sourced fruits, herbs and honey are grown on site, and then dished up in both meals and in spa treatments. Even the well-known branded spas are sure to reserve a portion of their services for locally infused treatments, as consumers look to take advantage of the diversity of their surroundings.

The common element in spa beauty these days is that beauty-seekers are taking it to the max. We are far beyond Botox®; stem-cell facials and plasma therapy (yes, that’s where blood is drawn and re-injected) are new buzzwords.

But let’s also look at extreme pain, which people are tolerating more and more as long as it delivers results. Derma-rolling hurts, chemical peels can be uncomfortable and the zapping of lasers is no picnic. And facials aren’t just for faces anymore; now they are being applied to every extremity, including “booty” and “vagina” facials.

Then there are boot camps, Rolfing and Bikram yoga, where pain meets pleasure. Even organic and natural products are being taken to the extreme, with raw food cuisine gaining popularity during intense detox retreats.

Finally, what might be considered the most interesting extreme: People seem to be able to partake in both the "yin" of the natural and the "yang" of science and invasive cosmetic procedures at the same time. In the end, what people demand are extreme results, and they’re happy to pay the price for it: A staggering $679 billion annually, by far the largest share of the estimated $1.9 trillion wellness market*.

9. SPA IN A NEW YORK MINUTE

“In a New York minute” is jargon for how things move faster in hectic New York City. It’s also the name of a suite of mini (15- to 30-minute) spa treatments (designed to be performed simultaneously by multiple therapists) at the new Auriga Spa at The Setai Fifth Avenue (NYC). In our stressed-out, 24/7 world, we seem to be morphing into New Yorkers. The spa industry is responding, helping people spa anytime and offering “sample” and simultaneous treatments.

Suddenly, a 9 p.m. closing time is the new spa norm, and “open late” now means midnight, 2 a.m. or all night. The trend is also towards earlier: For instance, most major Las Vegas spas (i.e., Canyon Ranch SpaClub, Qua Baths at Caesars Palace or Hard Rock’s Rock Spa) open at 5:30 a.m. or 6 a.m., while the Spa at Mandarin Oriental, London, opens at 7 a.m. This attracts both business people jumpstarting their day and revelers calling it a night.

And the trend toward “express,” “sampler” or “mini-sized” treatments will continue to rise in 2011, pleasing time- and budget-crunched consumers. The explosion of airport spas worldwide plays into the “express” trend neatly, as does the decline of elaborate rituals at many spas, to get right to the heart of the matter: the therapeutic treatment.

The quest for efficiencies is also reflected in new directions in facility design, with locker rooms on the decline and even check-in counters being rethought.

Finally, the pursuit of stress-free spa efficiencies will mean more spa-goers embracing 24/7 online appointment booking, and mobile apps helping them find and book spas on the fly. It’s all about letting spa-goers have it their way.

Increasingly, spas are developing distinctive specialty programs to draw patrons seeking a unique group experience. While destination spas have been offering yoga and healthy cooking weeks for years, retreats now span everything from a high-flying “Trapeze Experience” to a creative jewelry-making class to the more sober and grounded gathering for survivors of loss.
Celebrity authors and artists may headline these programmed stays, like the recent “Dine and Dive Week” in the Maldives headed up by Jacques Cousteau’s son, Fabien. We expect this trend to flourish in the coming year, as spas and resort destinations find creative new ways to prove that unique is indeed spa chic for the savvy consumer.

About SpaFinder, Inc.
The world’s largest spa media, marketing, and gifting company, SpaFinder, Inc., connects millions of wellness-focused consumers with thousands of spas worldwide. SpaFinder’s media properties include the award-winning SpaFinder.com, the Club Spa e-newsletter and blog, and the annual NewBeauty SpaFinder Guide to Global Spa, Wellness & Beauty. SpaFinder and its spa-beauty gift division, SpaWish, offer gift certificates and cards that are redeemable at a combined network of over 9,000 spas and salons, and are available at more than 90,000 unique retail outlets in 79 countries. SpaFinder Europe and SpaFinder Japan offer regional spa marketing and gifting programs, including localized, native-language websites. Founded in 1986, the privately held company is headquartered in Manhattan.

Copyright © 2010, SpaFinder, Inc. Information and data extracted from this press release is to be accompanied by a statement identifying SpaFinder (Inc.) as the publisher and source.