CGSociety's 26th CGChallenge calls for digital artists to create, via a still image or video, a Dreamscape of boundless possibilities, designed to amaze and inspire the world. They can use any style, from comic to photorealistic, and any subject matter which can be dreamed up. Big prizes from CG giants like Maingear and NVIDIA are on offer. The worldwide competition runs from 22 November, 2010 to 23 February, 2011. 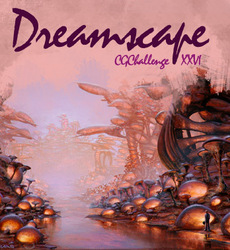 I can state flatly that heavier than air flying machines are impossible.

Digital artists are challenged to delve into the world that lies behind closed eyes. Sleep transports us to a new reality; where realms are conjured from our greatest hopes, deepest secrets or even our darkest fears. Whether it's a dream for a better, more sustainable world; a brighter future powered by technology; or, a surreal landscape populated by the bizarre. Afterall, today's dreams could be tomorrow's reality. Lie back, close your eyes, and enjoy the ride as we leave the cold reality of waking life and enter the Dreamscape.

To help fuel dreamlike artistry, the CGSociety has included inspirational images and words. The following are some amusing contemporary reactions to yesterday's dreams, which are now today's realities:

Albert Einstein's teacher to his father, 1895:

Dreamscape would be a nightmare to organize if not for the brand new CGChallenge engine, which was completely rebuilt from the ground up. Now it is easier than ever to submit WIPs and final images. Take a look at the sparkling new creation here.

Challenge Judges:
This CGChallenge's judging panel includes a heady mixture of veterans and rising stars, who have worked for the likes of: Weta, Framestore, The Moving Picture Company, Blizzard Entertainment, Brøderbund Software, on game and film titles such as 'Harry Potter: Order of the Phoenix', 'The Dark Knight', 'Avatar , 'Inception', 'Diablo II', 'Diablo III', 'The Pan's Labyrinth', VFX Oscar winner 'The Golden Compass', 'The Tale of Despereaux', and 'Clash of the Titans'.

The challenge starts now, and both the Image and Video categories are due 22 February, 2011.

Entries must be made in one of the following categories:

All entries will also be eligible for any of the following awards: