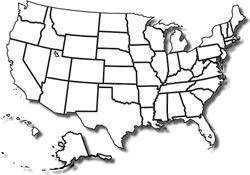 Our Company is now experiencing significant adoption as the standard for U.S. Military and U.S. Government mass notification both here in the United States and abroad across all branches of the military

Washington, DC FCN Technologies today announced that The U.S. Army at Fort Hood has selected the Desktop Alert Enterprise Level Notification Platform for expansion of their alert and recall automation infrastructure. Initially, the notification platform will serve 30,000 personnel with alerting capabilities to all workstations and laptops, e-mail accounts and text messaging requirements to mobile phones/Blackberry's.

Criteria that led to the selection of The Desktop Alert Enterprise Level Mass Notification Platform:

This product has a valid Certificate of Networthiness (CON) and an Authority to Operate (ATO) with USSOUTHCOM.

The alerts appear as pre-defined or on-the-fly highly intrusive computer screen alerts which force immediate attention to end-users receiving the message with instructions for the action(s) to be taken. A video, audio, image and/or verbal alerts automatically sound/appear over the computer's monitor and speakers. Alerts are delivered across the enterprise in seconds, NOT MINUTES. Latency-based information can be highly dangerous to the mission. Desktop Alerts unrivaled alert delivery speed and low bandwidth technology insures that actionable-intelligence is merely seconds away from end-users. The speed and efficiency of critical notification to end-users ultimately results in the success or failure of the mission. To that end Desktop Alert has proven it's mass notification platform as the fastest Department Of Defense alert delivery system hands-down. Desktop Alert has recently introduced the Desktop Alert EDU™ which is a patent pending alert component for common area alerting. The technology has recently been Certified for usage on Department of Defense Networks in Europe.

At a minimum the alert platform provides:

Fort Hood is one of the largest United States military installations in the world, and is the home of III Corps, 1st Cavalry Division, 13th Sustainment Command, First Army Division West, 3rd Armored Cavalry Regiment, 41st Fires Brigade and many other corps and echelons above corps units.

"Fort Hood first contacted Desktop Alert in June of 2007. What is especially gratifying about this award is that Fort Hood conducted a thorough evaluation/vetting process of all qualified Enterprise-Level Department of Defense Mass Mass Notification Vendors. This award is a great honor for Desktop Alert to serve The United States Army and the Fort Hood military community. Our company is highly sensitive to the Fort Hood initial report: and subsequent Final Recommendations - SECDEF Memo. This award will serve notice to the entire Department of Defense community that an affordable and fully qualified enterprise level solution is now available on both GSA and NASA SEWP from our company. This selection is substantial for our company and we are proud of our products enterprise level capabilities and past performance reports. The Desktop Alert Enterprise Platform is uniquely qualified to respond to the task at hand and we are highly honored by the selection," said Howard Ryan, CEO and Founder Desktop Alert Inc. "Our Company is now experiencing significant adoption as the standard for U.S. Military and U.S. Government mass notification both here in the United States and abroad across all branches of the military", said Howard Ryan, CEO and Founder of Desktop Alert Inc.