For the second year in a row, AmeriQuest Transportation Services in Cherry Hill made the list of New Jersey's 50 fastest-growing companies, with 2010 revenue of $359 million. The firm provides fleet management services to companies that own, operate, or outsource trucking and logistics operations. 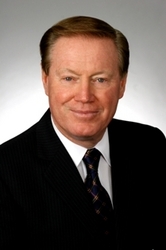 "Being ranked at No. 18 proves that the services we provide are highly valued."

AmeriQuest, the privately owned corporation formed by Doug Clark in 1997, has been a leading provider of comprehensive fleet management services to companies that own, operate, or outsource trucking and logistics operations in the U.S. and Canada. Sales revenue in 2009 was reported at $359 million.

“Being ranked at No. 18 proves that the services we provide are highly valued,” Clark said. He pointed to the fact that AmeriQuest continued to grow in 2010 in both the number of employees and the breadth of services, including the acquisition of CURE Leasing & Maintenance, a provider of financing and maintenance services to companies using independent contractors as part of their transportation programs.

Presenting sponsor, Rothstein Kass, calculated the nominations and then ranked the companies according to revenue growth over the four-year period of 2006-2009. Both dollar and percentage increases were taken into consideration. This ranking formula led to recognition of the 2010 New Jersey’s Fifty Fastest Growing Companies consisting of both large and small companies.