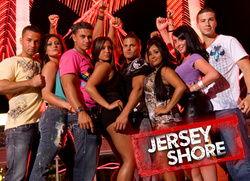 Collegiate Marketing Group, LLC reports that the plans for Spring Break 2011 in Panama City Beach are piggy-backing on last year’s celebrity blitz, including booking celebrities from MTV reality shows to both spread the word through their website and Facebook page and also to host events during March. Among the many celebrities being considered, Collegiate Marketing Group is currently in contract negotiations with Hollywood agents representing stars from “The Jersey Shore”, and “The Hills" as well as other popular television shows and music artists.

The celebrity guest list will be released to the public in early February and information on times, dates and venues will be made available at http://www.pcbeachspringbreak.com.

For more information on Spring Break in Panama City Beach and past celebrity appearances visit http://pcbeachspringbreak.com/category/celeb-sighting