allkpop Wins Must-Follow Brand at the Mashable Awards at CES

6Theory Media’s allkpop Is Recognized Amongst 25 Of The Year’s Top Technology, Innovation Advancements 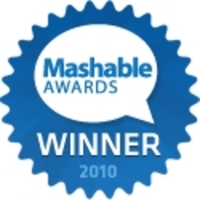 “We are extremely excited to be at the forefront of spreading the Korean wave on a global scale.”

allkpop is a global leader in bringing the latest Korean pop (better known as “K-pop”) news and gossip to English speakers worldwide. Catering to over three million monthly readers, allkpop has leveraged its robust social media presence to become the most trafficked English-based K-pop blog in the industry.

“It's a true honor to win such an award and it really shows the exponential growth of Korean entertainment, “ responded Johnny Noh CEO of 6Theory Media. “We are extremely excited to be at the forefront of spreading the Korean wave on a global scale.”

The Mashable Awards recognize the year’s best of tech and the web as voted by the Mashable community who cast more than 1.3 million nominations and votes in 25 categories including "Best New Gadget", "Best Music Discovery Service" and "Must-Follow Brand,” among others.

“The Mashable Community has really grown the Mashable Awards program over the past four years,” said Pete Cashmore Founder & CEO of Mashable. “We are grateful to our readers who made this year’s program such a success.”

About 6Theory Media, LLC:
6Theory Media, LLC, established in October 2007, is a pioneer in bringing Asian pop culture news to English speakers around the world, harnessing its viral influence through multiple social media platforms. Our company houses two online Asian entertainment news destinations: allkpop and tokyohive and utilizes the latest innovations in the digital space, technology and services to not only meet the needs of our sophisticated and savvy readers, but to also deliver an unrivaled experience with each visit.

About allkpop:
K-pop is one of the fastest growing global phenomena to hit the pop culture scene today, and allkpop is transcending borders and language barriers to drive the Korean music and entertainment exchange beyond Asia. allkpop works around the clock to deliver the most exclusive content, and minute-to-minute breaking news and gossip first. To learn more about allkpop, please visit allkpop.com or follow us on Twitter and Facebook.