A $350 million movie fund, the brainchild of Mr Gilles Herard (http://www.gillesherardjr.com), President of Capital Corp Merchant Banking, will be put in place in 2011. It has been two years in the making and was created specifically to help fund strong movie projects that have not been able to find funding due to the worldwide financial crisis, wherein banks have virtually closed their doors to movie funding. Capital Corp Merchant Banking is a merchant banking corporation that carries out project financing on a wide range of projects worldwide. 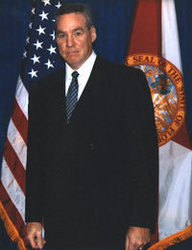 Following the financial crisis worldwide, film producers for mid-range movie projects have been hard-put to obtain funding from banks.

Mr Gilles Herard has worked to put this fund together in order to promote the arts and culture at a time when the financial situation prevents arts from being properly funded. Following the financial crisis worldwide, film producers for mid-range movie projects have been hard-put to obtain funding from banks, no matter the amount (see article “Credit crunch hits Hollywood as banks get tough on funding films”). That is what makes this kind of fund unique in the industry; it is a fund designed for mid-range movies in North America. Last-minute preparations in the Fall of 2010 have made it such that as of January 2011 Capital Corp Merchant Banking’s “movie fund” is 90 days from being open to producers in need of financing.

The criteria for the movies to be financed by Capital Corp’s movie fund are as follows: each movie’s budget needs to be $9-$25 million, the movie’s producer(s) needs to be experienced, must have a completion guarantee, and the movie needs to have strong casting.

Mr Herard is a seasoned merchant banker and has been in the banking industry for 38 years. He worked early in his career at the Toronto Dominion Bank (Canada) and later on joined Manufacturer Hanover (MH) of New York as Senior Credit Analyst. He eventually created his own Firm, Capital Corp Merchant Banking, where he syndicates and structures funding for top companies worldwide, all the while investing his own firm’s funds into the projects. As the head of Capital Corp Merchant Banking, Mr Herard has become a leading figure in international middle-market project financing and engineers all funding structures for projects at Capital Corp. Mr Herard has received numerous awards for his work and other contributions including being appointed to the Presidential Business Commission, Honorary Co-Chairman of the Business Advisory Council, nominated as Executive of the Year by the internationally acclaimed National Register’s Who’s Who, and having received the Senatorial Medal of Freedom, among many others (http://www.gillesherardjr.com/document-library.html).