DealRod.com has launched in Chicago, a web service that organizes, recommends, and delivers the best daily deals from local daily deals sites such as Groupon, LivingSocial, Gilt City, and KGB. This unique service provides users with a place to view all of Chicago’s best daily deals and goes beyond simply aggregating daily deals offers by using a three point screening process to only recommend the best Chicago daily deals. 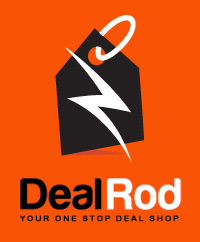 Daily deal sites use the group buying model to offer 50% to 90% off goods and services from local business. The success of sites such as Groupon and LivingSocial has inspired competition. There are between 20 to 30 daily deal sites operating in Chicago.

"Keeping up with all of the daily deals became overwhelming. Our goal is to gather all of the daily deals, categorize the best, and deliver them via email based on subscribers’ preferences,” said Joseph Root, founder of DealRod. The site organizes the deals, puts them into categories and recommends the best ones based on savings, reviews, personal experience and other criteria. The list of deals is updated daily and is available on the website or users can request a daily email customized to their preferences.

Chicago is the home of DealRod.com and the first major metropolitan area where the site will be launched. "Daily deal buyers in Chicago are really in tune with the industry because of the local buzz about Groupon. We have been recommending daily deals in other cities through our social media network, but Chicago was naturally the best place to launch," said Mr. Root. The website will not only provide a place to find the best daily deals in Chicago, but will also provide subscribers with a trusted place to find information on daily deal providers. The DealRod team will give an analysis of the deal providers on the site and will be actively purchasing and using daily deal certificates to gauge ease of use with regards to the coupon delivery and redemption.

About DealRod
DealRod.com strives to create a seamless experience for the daily deal buyer. Enjoy the luxury of visiting just one website where you will find the best daily deals in Chicago. DealRod organizes deals at hundreds of different local businesses by organizing daily deal offers from a number of daily deal sites such as Groupon, LivingSocial, KGB, DealOn, and more. DealRod.com not only creates one portal for all of Chicago’s best deals of the day, but provides advice and recommendations to daily deal buyers. Their goal is to simplify your online buying experience. DealRod was founded in 2010 and calls Chicago home. More information at http://dealrod.com