Hundreds of Churches Will Tackle Issue of Pornography, the ‘Elephant in the Pew,’ with Help from Craig Gross and NFL Players 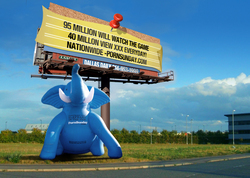 Also featured are defensive tackle Ryan Pickett of the Green Bay Packers, who will be playing in the Superbowl; San Diego pastor Miles McPherson, a former defensive back for the Chargers, and Eric Boles, a retired wide receiver with the New York Jets and Packers.

Gross and the XXXchurch team will be in Dallas the week leading up to the Super Bowl. They will appear at a service at 11 a.m. CT Feb. 6 hosted by Presence Church at the Addison Conference Center at 15650 Addison Road. They have rented 4 billboards throughout the Dallas area advertising the nationwide event.