Group Calls On Senators Apodaca, Brown and Rucho to Abandon Bill That "Puts Patients In Danger" 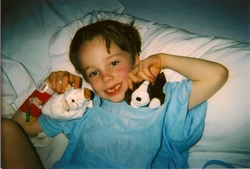 "Every year, thousands of patients are severely injured or killed in NC hospitals because of preventable medical mistakes. This bill will not encourage physicians to practice safer medicine, or reduce the number of medical errors," says Dr. John Faulkner.

In 2006, Mrs. Sanders’ 6-year old son Christopher died because of medical malpractice in an emergency department in a Charlotte hospital. If Senate Bill 33 -- sponsored by Senators Tom Apodaca, Harry Brown and Bob Rucho – passes it will give immunity to ER doctors and hospitals when they commit malpractice.

Mrs. Sanders explained the consequences: “When we bring our child to the emergency room, we have a right to expect that those who provide treatment comply with the standards of their profession. This bill destroys that right. Doctors and nurses in the ER will no longer have a legal duty to comply with their own professional standards. The bill gives every doctor and nurse a green light to commit malpractice in the ER.”

Dr. John Faulkner, a family physician from Raleigh, chairs the board of NC-CPS. In 2002, his wife Joan was severely burned in an operating room fire. Dr. Faulkner said: “Every year, thousands of patients are severely injured or killed in North Carolina hospitals because of preventable medical mistakes. This bill will not encourage physicians to practice safer medicine, or reduce the number of medical errors. It will have precisely the opposite effect.”

Susan Pierce, R.N., Ph.D., who taught for decades at the UNC School of Nursing, is also a member of the NC-CPS board of directors. Dr. Pierce stated: “I cannot understand why legislators would seek to nullify the duty of doctors and nurses to meet professionally established standards of care. That undermines medical and nursing ethics, and puts patients in danger.”

Mrs. Sanders intends to speak against SB 33 at a meeting of the Senate J-1 Committee, chaired by Sen. Pete Brunstetter, on Thursday, February 17 at 10:00 a.m. For more information, contact laurieksanders(at)gmail(dot)com.

NC-CPS, http://www.ncpatientsafety.org, is dedicated to improving patient safety. Members of the board of directors include three physicians, two nurses, and two mothers of children severely injured by medical mistakes.