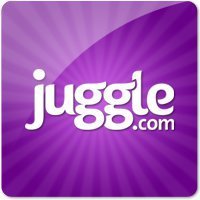 "Our goal is to provide funding that will help the PBR circuit deliver high quality entertainment to its loyal fan base, a fan base that we hope will become familiar with the Juggle name."

Juggle, an online encyclopedia and reference guide based in the St. Louis Metro East, is partnering with the PBR, Professional Bull Riders, Inc., to sponsor the PBR’s Built Ford Tough Series St. Louis invitational event the weekend of February 25. The event, held at Scottrade Center in downtown St. Louis, runs from Friday, February 25 to Sunday the 27th, and tickets are already available.

“We at Juggle are excited to be working with the PBR as they bring their Built Ford Tough series to St. Louis,” said Juggle CEO Stephanie Leffler. “In the past, we’ve sponsored NASCAR driver Kenny Wallace, monster trucks, and even an expedition to the summit of Mount Everest. I am excited to add the PBR to our list of sponsorships.”

By sponsoring such events in the past, Juggle has been able to gain attention for its encyclopedic Web properties, a network of sites featuring more than 8.3 million pages of unique information. Juggle.com now receives more than 2 million unique monthly visitors alone.

Leffler added, "Our goal is to provide funding that will help the PBR circuit deliver high quality entertainment to its loyal fan base, a fan base that we hope will become familiar with the Juggle name."

More information about the event, and advanced tickets, are available at PBR.com.

About Juggle:
Based in Belleville, Illinois, Juggle builds and curates websites with the sole intention of refining what the internet was built for: quality, quantity and accessibility of information to the public. Juggle’s mission is simple, to create compelling websites like ElectricOutletCovers.com or CosmeticConcealers.com that engage users with quality content and features. For more information on Juggle and other topics, visit Juggle.com.