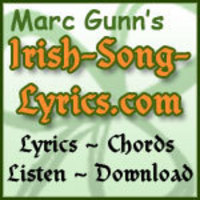 I thought it'd be awesome if there was a resource where people could read the lyrics and listen to a song in its entirety all online.

St. Patrick's Day fast approaches. It is time for you to start warming up your vocal chords with some great Irish songs! But where do you go to find such songs? Yes. You can google "Irish songs" but you come up with a bunch of duplicate websites. And most of them got their start thanks to the success the Irish Song Lyrics website.

The website started nearly a decade ago by Marc Gunn of the Texas Celtic internet supergroup, Brobdingnagian Bards. The duo got their start playing Renaissance festivals but soon became a force to be reckoned with online. Their music and popularity shot them up the MP3 charts on MP3.com and became one of the top 20 most-downloaded groups of all time with several million downloads of their music. However, it was, in part, their Celtic Lyrics directory that set them apart and made their name online.

Gunn explains, "I don't read music. I learn by listening to others. So I thought it'd be awesome if there was a resource where people could read the lyrics and listen to a song in its entirety all online."

Thus was born the Celtic Lyrics Directory. Gunn added lyrics and chords to each song as well as streaming MP3s so Irish song lyric hunters could listen and learn the melody by ear.

Eventually, the Celtic Lyrics webpage on the Brobdingnagian Bards website was replaced with its own domain Irish-Song-Lyrics.com. The number of lyrics grew from forty to over one hundred songs. Gunn recently added Scottish song lyrics to the list, as well as a few of his own original Celtic songs. He also added the "Free Celtic Songs" podcast so new songs and lyrics could be downloaded as they were released.

The popularity of the Irish Song Lyrics website has grown by leaps and bounds. It is now the most-popular website for anyone searching for Irish song lyrics for St. Patrick's Day or any day of the week.

Find out more about the Irish Song Lyrics website at http://www.irish-song-lyrics.com and about Marc Gunn at http://www.marcgunn.com.

"Kilted For Her Pleasure" by Marc GunnAn original Celtic song by Marc Gunn about why he loves wearing a kilt.

Whiskey You're the Devil